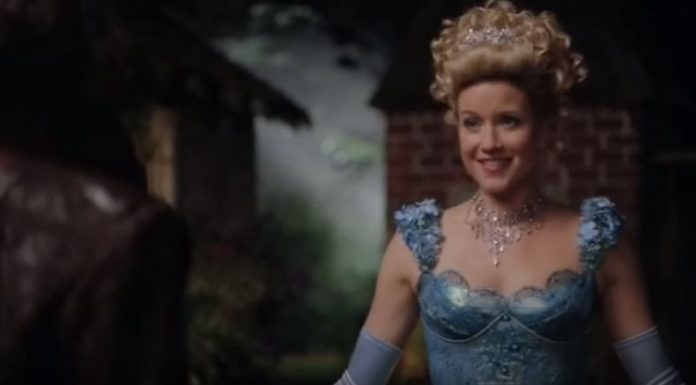 The sixth season of “Once Upon a Time” will see the return of Cinderella (Jessy Schram) to the series. According to a new report, the character will be featured in the third episode of the upcoming season, in which it is revealed that Cinderella has a connection to the Land of Untold Stories. It can be recalled that in the season 5 finale of the ABC show, many of the inhabitants of the Land of Untold Stories relocated to Storybrooke, and life will never be the same again for the townspeople of the quiet town.

According to TVLine, the same episode will explore the friendship between Cinderella and Snow White (Ginnifer Goodwin), which was first established in season 1 flashbacks.

Schram is looking forward to her return as she took to Twitter on July 20 and wrote, “So very excited to get back to magic.” The actress last appeared on the ABC series in episode 7 of season 4.

Meanwhile, a lot of new characters will be coming to the series, including the Count of Monte Cristo. According to Entertainment Weekly, “Legend of the Seeker” star Craig Horner has landed the role and will be guest-starring as the wrongfully-accused count in season 6.

The character is based on Alexandre Dumas’ novel of the same name wherein an innocent man was imprisoned on false charges, and after having escaped, he returns to take his revenge on those who betrayed him. The website reveals that Horner will appear in at least one episode of the new season, though details on what he’ll be doing and his involvement with the other Storybrooke characters are being kept under wraps for the moment.

As for the new season’s villains, series star Lana Parrilla told TVLine that season 6 will feature some new and old villains.

“In season 6, I think we are going to see some new villains, and some old villains are going to resurface and surprise us in ways that we weren’t expecting,” said Parrilla.

Witcher 4 release date: CEO confirms it won't be happening any...