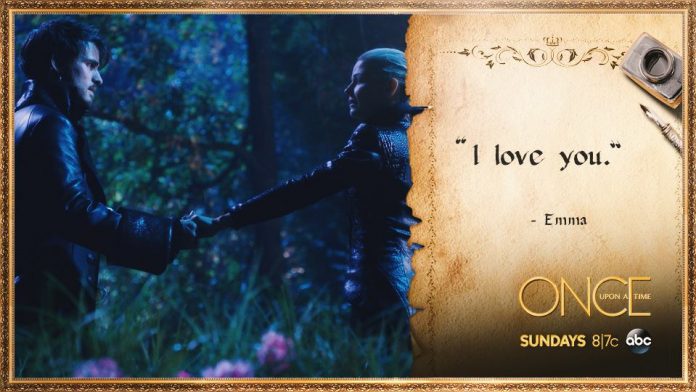 When “Once Upon a Time” season 5 returns from its winter break next year, it will face a new villain.

Adam Horowitz, one of the executive producers, said in an exclusive scoop from Entertainment Weekly, “We’re going to be meeting the ‘Once Upon a Time’ version of Hades in the second half of the season.”

Played by Greg Germann, Hades will be introduced as soon as the show premieres next year in the episode titled “Souls of the Departed,” which is also the 100<sup>th episode of the series.

Horowitz added, “While he is both inspired by a myth and by the Disney movie version, as we like to do, we’re trying to create our own Once Upon a Time spin. We can’t wait for everyone to see what [Germann] does with the character.”

The character will be introduced when Emma (Jennifer Morrison), along with her family and friends, try to rescue Captain Hook (Colin O’Donoghue) from the Underworld.

Edward Kitsis, one of the executive producers, also revealed that Hades has a “surprising connection” with one of the casts. Before any further speculations and rumors spread, Horowitz quickly added that “he’s not related to anyone, but there is a connection” in the same report.

Meanwhile, actress Emilie de Ravin, who plays Belle in the season, is confirmed to be pregnant in real life, following her Twitter announcement a little more than two months ago. It is still uncertain how this will affect her role in the show, but the series creators will most likely revise the story to incorporate this.

According to Kitsis in an interview with The Hollywood Reporter earlier this month, “I would say it certainly looked like they re-consummated their marriage,” referring to the renewed love of Belle and Rumpelstiltskin (Robert Carlyle), “so we’ll just have to wait and see, but I would say you’re definitely on the right clue trail.”

Episode 12 of “Once Upon a Time” season 5 will return on March 6, 2016, followed by “Labors of Love” and “Devil’s Due” with still unconfirmed plots.

'Attack on Titan' season 2 delayed again: what to expect