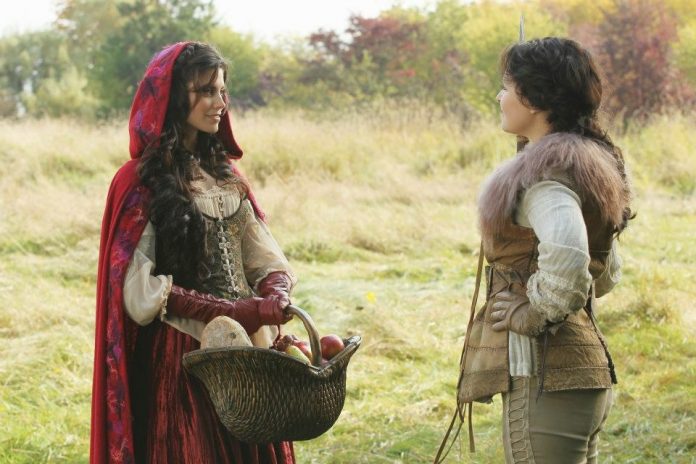 The newest couple of the hit ABC series “Once Upon a Time” has been causing some controversy.

“Once Upon a Time” recently presented their first lesbian, gay, bisexual, and transgender (LGBT) couple in the series. The most recent episode, season 5 episode 18, titled “Ruby’s Slippers” saw Dorothy (Matreya Scarrwener) and Ruby (Meghan Ory) declaring their love for each other with a kiss.

The creators of the series, Adam Horowitz and Edward Kitsis, had been teasing fans about their plans to include an LGBT couple. They previously spoke to Entertainment Weekly about why they felt it’s important to bring an LGBT love tandem into the series.

Horowitz explained, “Our goal is to make it as we see it in the real world, just as normal and as a part of every day life as it should be.”

However, their vision was not well received by all viewers. An organization called One Million Moms recently voiced their discontent toward the series after showing two lesbians kiss on TV.

One Million Moms is a group geared toward fighting the negative influence of entertainment media and the effect it has on children. One Million Moms recently posted a press release requesting to cancel the ABC series “Once Upon A Time.”

It stated, “The producers said the inclusion of homosexuality in a show popular with kids was ‘important.’ Many families watch the program based on beloved children’s fairytales, but unfortunately, ABC has distorted and twisted the storylines in these fables.”

It also argued that there’s excessive presentation of homosexuality in media. The organization expressed that it is the goal of the show’s producers to make homosexuality a normal aspect of every day life.

With that, One Million Moms aims to lessen the appeal of the show. The press release requested that TJ Maxx should no longer provide financial support for the ABC series.

Catch “Once Upon a Time” every Sunday night at 8 p.m. EDT on ABC.