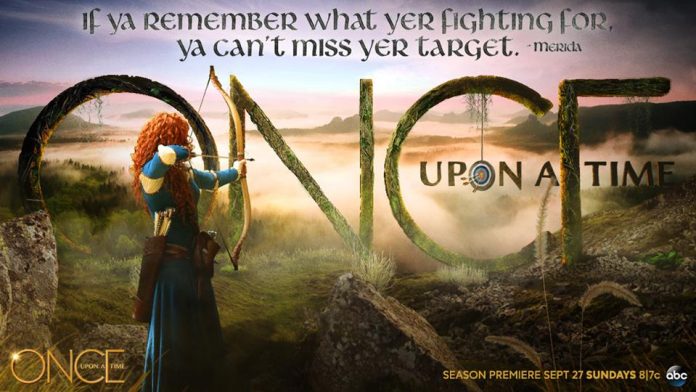 Once Upon a Time is bracing to welcome a feisty new princess to its fold.

Merida from Pixar’s Brave, will be part of the cast and become the first character from Pixar to appear on the show.

The character will be played by Scottish actress Amy Manson, who has previously appeared on television shows like Raw, The Field of Blood and most recently in Atlantis as Medea.

“If she’s not your favorite new character this year, I won’t know what to say. She’s a lot of fun,” executive producer Edward Kitsis told Entertainment Weekly.

Based on the latest promo for the new season, Season 5 promises “to make every Sunday night a television event.”

“Emma is a very motivated Dark One. There’s a real driving force behind what she’s doing and why,” the exec told TVLine.

The show’s Twitter post linking to the promo video also hyped up Emma’s new persona as the Dark Swan after her sacrifice last season forced her to embrace the darkness in order to save Regina.

“The battle of good vs. evil continues on #OnceUponATime… #DarkSwan https://t.co/KVmqygIMHF,” ABC tweeted.

Aside from Merida, expected to arrive this season in Storybrooke is King Arthur, to be played by Liam Garrigan, along with his knights of the Round Table.

Kitsis also teased about the first episode of the season which is entitled Dreamcatcher and will air on September 27.

He explained that the opening episode will be very “Emma centric” and will pick up on the what happened to the show’s main heroine after the darkness. He clarified that rather than flashbacks, the episode will pave the way forward for all of the characters.

“Although dreamcatchers evoke and remind us of Neal, they have been used on the show magically,” Kitsis said.