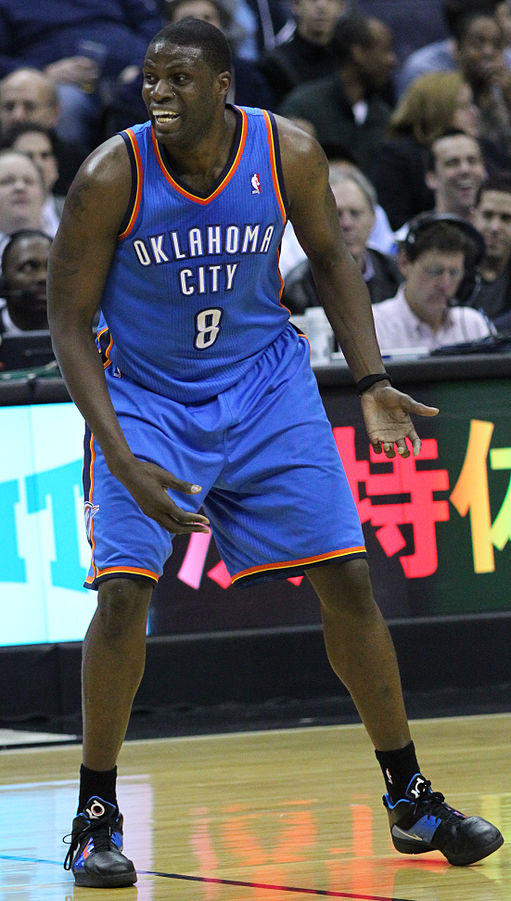 Veteran center Nazr Mohammed is making the most of his opportunity to once again play in the NBA, almost a year after he announced his retirement from basketball. The Oklahoma City Thunder announced the signing of the 18-year veteran on Saturday, officially making his second stint with the team he played for back in 2011.

The league journeyman’s addition to the Thunder lineup is considered a move to boost the team’s frontline in time for the playoffs. Oklahoma City actually pushed hard to get several buyout players right after the trade deadline, per ESPN report. However, they failed to lure the likes of Joe Johnson, Andre Miller, and Kevin Martin.

The same report said that general manager Sam Presti didn’t want to fetch an NBA D-league player since he has a lesser chance of making the rotation in this particular time of the season where every team pushes hard to make it the playoffs. Hence, the team opted to sign the veteran and experienced player in Mohammed.

The obvious advantage of signing the 38-year-old instead of a young guy from the D-league is that he already is familiar with the core of the team and can be a good addition to the locker room. The last time he played in the NBA was with the Chicago Bulls, right before he decided to call it quits, only to come out of retirement and hope to give it one last shot. The big man owns career averages of 5.8 points and 4.7 rebounds.

The former Kentucky college standout played for several teams in a career that spans almost two decades, including Philadelphia, Atlanta, San Antonio, New York, Charlotte, Detroit, Chicago, and Oklahoma City. He is also a former NBA champion, having won the title with the Spurs back in 2005. He played starting center for that championship team, alongside Tim Duncan and Tony Parker.