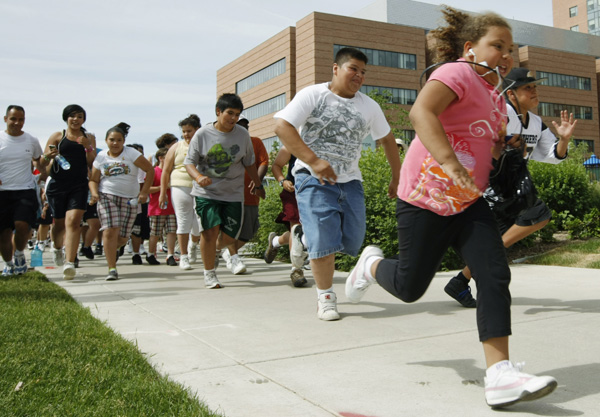 Obese children have been shown to be able to get into advanced secondary school less frequently. In addition, they also receive high math grades less often.

This is the first time that a definite link between obesity and a child’s school performance, regardless of social background, has been established. In the past, it was only known that people with lower education may be at increased risk to have health and weight issues.

The study is in German and is titled “Bildungsbenachteiligt durch bergewicht: Warum adipse Kinder in der Schule schlechter abschneiden.” It was published in the October 2013 issue of the journal “Zeitschrift fr Soziologie.”

Researchers form the WZB Berlin Social Science Center examined how weight and obesity could influence grades in mathematics and German in primary school. They also looked into whether the student would transition into Gymnasium, the most advanced of the three types of German secondary school.

The results show that likelihood of obese girls and boys getting a “good” or “very good” rating in math is 10 to 11 percent lower compared to children who have normal weight. The researchers cite that obese children suffer from lower self-confidence which may explain the lower math grades.

The effects of Obesity toward school performance may largely be in part due to social and emotional factors. Negative feelings such as sadness, loneliness or anxiety may get in the way of school performance, as it would make the child have a more difficult time in concentrating.

“Obesity affects virtually every organ system in the body, including the brain… It’s an inflammatory state, and that may have effects on the developing mind,” Dr. Robert Siegel told CNN. Siegel is the director of the Center for Better Health and Nutrition, a pediatric obesity clinic at Cincinnati Children’s Hospital..

Science of breathing: Here's how sighing helps your lungs