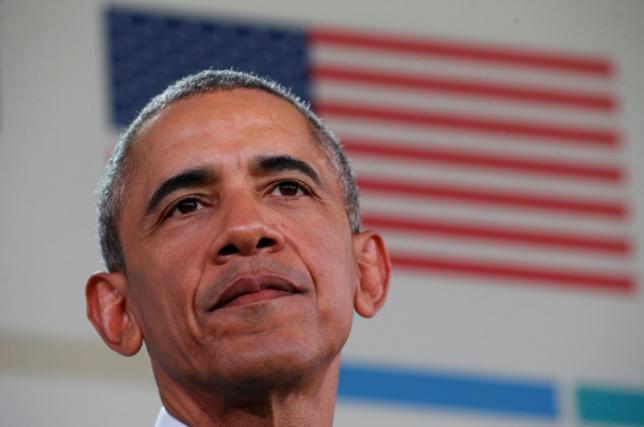 President Barack Obama said on Tuesday he is hearing from foreign leaders who are alarmed at Republican presidential candidates’ positions on issues such as climate change and immigration.

“I think foreign observers are troubled by some of the rhetoric that’s been taking place in these Republican primaries and Republican debates,” Obama told reporters at the end of a summit with Southeast Asian leaders.

Americans will choose a new president in a Nov. 8 election. Republicans and Democrats are currently battling in nominating contests to determine who will represent their parties in the race for the presidency.

Republican presidential front-runner Donald Trump has made headlines for supporting a temporary ban on Muslims entering the United States and controversial statements about immigrants. But Obama said the concern abroad is not limited to Trump.

“He may up the ante in anti-Muslim sentiment, but if you look at what other Republican candidates have said, that’s pretty troubling too,” Obama added.

Noting that other countries rely on the United States to back sound science, Obama also took aim at Republican resistance to strong action on climate change as “troubling to the international community.”

Americans realize the next president will have access to the nuclear codes, have the power to send U.S. troops to war and may be tasked with keeping the banking system afloat, Obama said.

“They recognize that being president is a serious job. It’s not hosting a talk show, or a reality show. It’s not promotion or marketing,” he said. “The American people are sensible, and I think they will make a sensible choice in the end.”

Trump, a real estate mogul, was host of popular reality TV shows “The Apprentice” and “The Celebrity Apprentice” before making his run for president.

Asked about Obama’s comments at a town hall style event in Beaufort, South Carolina, Trump said Obama had done a “lousy job” and would have been a one-term president if he had decided to challenge him in the last election.

“This man has done such a bad job and set us back so far and for him to say that actually is a great compliment,” Trump said.

SAP is the sponsor of this content. It was independently created by Reuters’ editorial staff and funded in part by SAP, which otherwise has no role in this coverage.