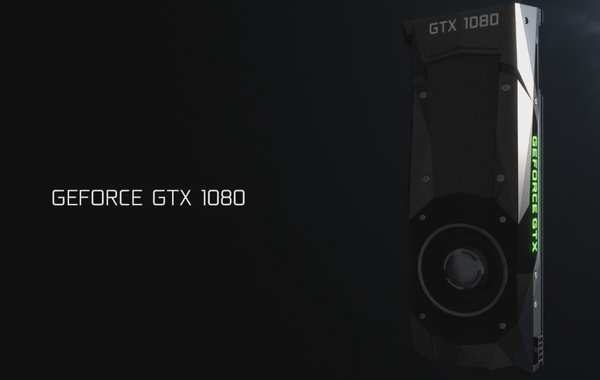 Nvidia unveiled GTX 1080 and the GTX 1070 over the weekend, finally sating the long held anticipation for the new graphics cards powered by Nvidia’s new Pascal microarchitecture.

For some time now, PC owners and rig building enthusiasts have long awaited the release of Nvidia’s new Pascal line of graphics processing units (GPU). Users finally got some more insight into Nvidia’s new graphics cards over the weekend when the company released a video detailing the specifications of the new GeForce GTX 1080.

The GTX 1080 is Nvidia’s newest graphics card created with the new Pascal microarchitecture. As part of the GeFore 10 series, the GTX 1080 is several steps above previous GPU king GTX Titan X.

Nvidia claims that the 1080 is not only faster than the Titan X, it is also three times better in power efficiency and carries twice the virtual reality (VR) rendering power of the Titan X. With performance like that, it is easy to believe that the 1080 will be much more expensive than the Titan X but it is not so, according to Nvidia.

Despite being at least twice as powerful as the Titan X, the 1080 will launch at about half the price for $599.

According to the GTX 1080 section on the GeForce website, the card will feature 8 GB GDDR5X memory at 10 Gbps speed and 256-bit width. It also comes VR, SLI, and GameStream ready; supports multi-projection and displays of up to 7680 x 4320 pixels at 60Hz. For power and temperature concerns, the GTX 1080 can sustain temperatures up to 94 degrees Celsius, requires 180 watts and comes with eight supplementary power connectors.

Against the competition, Nvidia’s GTX 1080 reportedly has a victory margin of 13 percent over AMD’s top-of-the-line R9 Fury X, according to benchmark comparisons by Digital Trends.

The GTX 1080 is also the first to run on Nvidia’s new Pascal microarchitecture and will release alongside the GeForce GTX 1070. The GTX 1070 will function as the 1080’s “budget brother” and will retail for a lower price, despite still being faster than the Titan X.