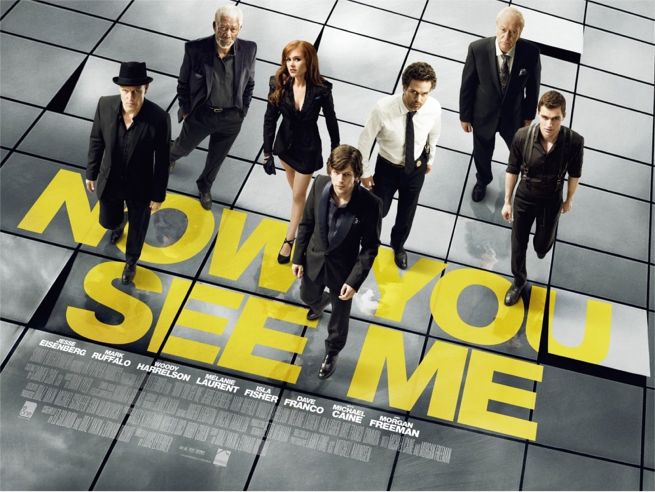 The 2013 film “Now You See Me” was a smash hit in the box office, and it received positive reviews with its shocking twists and interesting story. Now, the movie is set to release its sequel titled “Now You See Me: The Second Act” with a promising premise if fans would base it on the first teaser of the movie which was just recently released.

Most of the characters in the first movie will return in “The Second Act” except actress Isla Fisher, who plays one of the “Four Horsemen” Henley Reeves. The Australian actress was pregnant during the shooting the film, so Lizzy Caplan will be filling out her role for the second movie. Nevertheless Jessie Eisenberg (Danny Atlas), Woody Harrelson (Merritt McKinney), Dave Franco (Jack Wilder), Michael Caine (Arthur Tressler) and Mark Ruffalo (Dylan Rhodes) are all set to reprise their roles.

In addition to the already star studded ensemble, British actor Daniel Radcliffe will be joining the gang and will play a vital part in the overall narrative of the second movie. In a recent interview with Buzzfeed, Radcliffe talked about playing in a movie that  involves “magic” again.

“I don’t want to say too much of what I’m doing, but I feel anyone who knows me generally will have known that I’m not going straight back into, like, a full-on magical role. I did get to learn a couple of cool card tricks, just from hanging around on set. But I don’t really have a reason to apply them in the movie,” he said.

The second movie will revolve around the “Four Horsemen” upping their game with newer tricks and stints. They would also have a wider scope of audience by trying to present themselves to the bigger world. However, they would be coming back to expose the questionable work of a tech magnate, Radcliffe will portray.

“Now You See Me: The Second Act” is set to hit theaters on June 10.