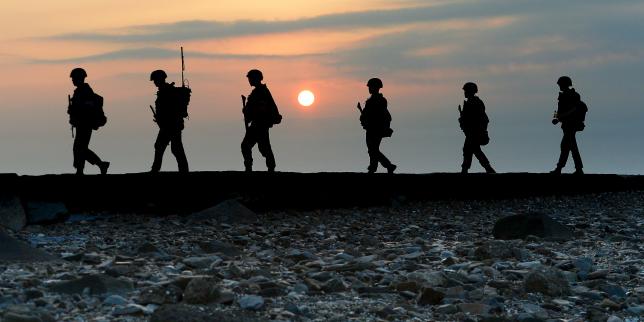 North and South Korea reached agreement early on Tuesday to end a standoff involving an exchange of artillery fire that had pushed the divided peninsula into a state of heightened military tension.

Under the accord reached after midnight on Tuesday morning after more than two days of talks, North Korea expressed regret over the recent wounding of South Korean soldiers in a landmine incident and Seoul agreed to halt anti-Pyongyang propaganda broadcasts, both sides said.

North Korea also agreed to end the “semi” state of war it had declared. The two sides will hold follow-up talks to discuss a range of issues on improving ties, the joint statement said.

“It is very meaningful that from this meeting North Korea apologized for the landmine provocation and promised to work to prevent the recurrence of such events and ease tensions,” Kim Kwan-jin, national security adviser to South Korean President Park Geun-hye, told a televised news briefing.

Pyongyang has previously denied laying the landmines, and in the statement did not explicitly take responsibility for them.

The marathon talks at the Panmunjom truce village inside the Demilitarized Zone (DMZ) separating the two Koreas began on Saturday, shortly after Pyongyang’s deadline for the South to halt its propaganda broadcasts or face military action.

“They both made compromises. South Korea did not get an apology, they got a statement of regret about the injury, which they can spin as an apology,” said John Delury of Yonsei University in Seoul.

“The more important point is maintaining this channel and reopening the relationship. This is hardly going to be easy to implement, but it’s a landmark agreement which lays out a path.”

Seoul and Pyongyang have remained technically in a state of war since the 1950-53 Korean war ended in a truce, rather than a peace treaty, and hopes for improved relations have repeatedly been dashed over the years.

Inter-Korean relations have been all but frozen since the 2010 sinking of a South Korean warship, which killed 46 sailors, that Seoul blames on the North. Pyongyang denies responsibility.

Under Tuesday’s deal, the two sides also agreed to arrange reunions of families separated by the Korean War during upcoming autumn holidays and in future.

The recent escalation in tensions began early this month, when landmine explosions in the DMZ wounded two South Korean soldiers.

Days later, the South began blasting anti-Pyongyang propaganda from loudspeakers along the border, reviving a tactic that both sides had halted in 2004.

The standoff reached a crisis point on Thursday when the North fired four shells into the South, according to Seoul, which responded with a barrage of artillery fire.

Pyongyang then made its ultimatum that Seoul halt the broadcasts by Saturday afternoon or face military action, but on that day the two sides agreed to hold talks between top level aides to the leaders of the two countries.

Even as talks were ongoing, reclusive North Korea had deployed twice the usual artillery strength at the border and had around 50 submarines away from base, the South’s defense ministry said. South Korea had also increased its military readiness.

Washington and the United Nations welcomed the agreement.

“We’re going to judge the North by its actions. We welcome this agreement, and are hopeful it leads to decreasing tensions on the peninsula,” U.S. State Department spokesman John Kirby told a regular briefing. “It was a very tense several days.”

North Korea has been hit with U.N. and U.S. sanctions because of repeated nuclear and missile tests, moves that Pyongyang sees as an attack on its sovereign right to defend itself.