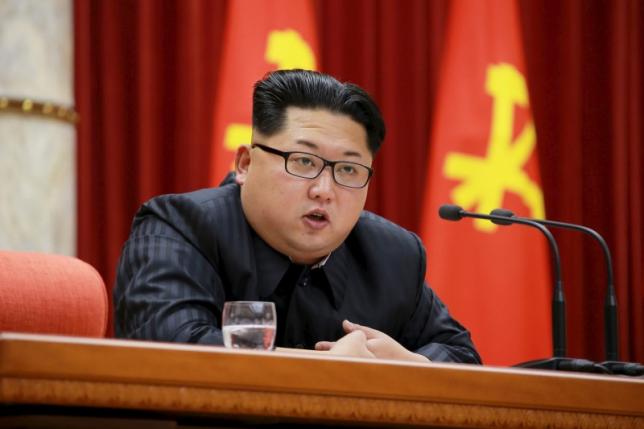 Various news outlets are now reporting that in light of the ongoing tension in the Korean peninsula, North Korea is once again threatening a nuclear attack against the South and its ally, the United States.

Earlier this week, Pyongyang, capital of North Korea, released their most recent warning of a “pre-emptive nuclear strike of justice.”

“If we push the buttons to annihilate the enemies even right now, all bases of provocations will be reduced to seas in flames and ashes in a moment,” part of the statement read.

While North Korean President Kim Jong Un has issued threats before, the tension arguably has risen now that South Korea and the U.S. are currently in the middle of their annual defensive springtime war games which will run through the end of April.

“If North Korea ignores our warning and makes provocations, our military will firmly and mercilessly respond to it,” said spokesman Moon Sang-gyun of the South Korean defense ministry.

Meanwhile, back in the West, Washington is not taking anything for granted as State Department immediately made a statement of their own once again calling the East Asian country to stop issuing such threats that may just start a bigger chaos.

Unfortunately, it does not seem to deter Kim and his military, on the contrary, it only seemed to make the young leader determined to make a statement as North Korea just fired two short range missiles into the sea last Thursday as part of their protest in the ongoing military excercise. The missiles flew about 500 km off the east coast city of Wonsan and were presumed to be part of the scud series developed by the Soviets.

After the attack, Reuters reported that North Korea announced that it aims to “liquidate” South Korean assets which were left in the Kaesong industrial zone as well as in Mount Kumgang tourist zone. While the South protested, the country did not go into the specifics on how they plan to recover their resources.