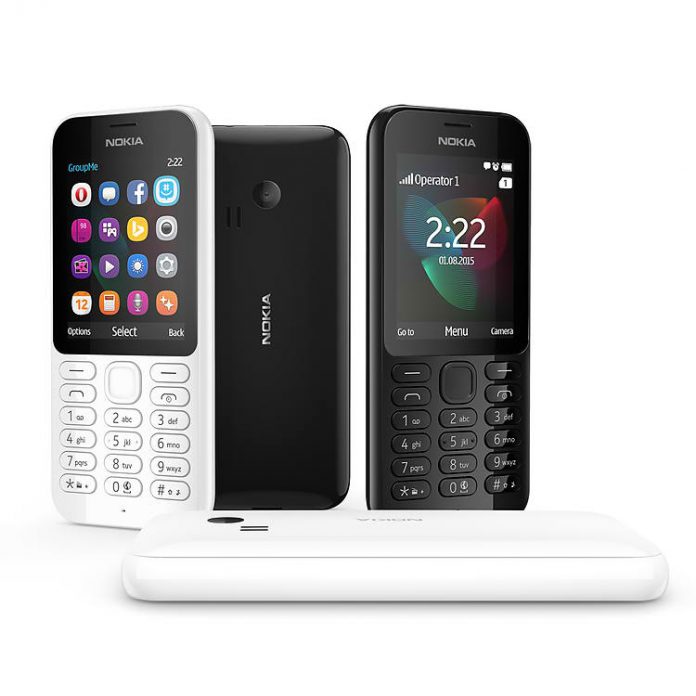 In the middle of the rapidly advancing age of smartphones, Nokia just released two new feature phonesthe Nokia 222, and the Nokia 222 Dual SIM.

It runs on the classic Series 30+ operating system. It has 16MB worth of system Ram, enough to run most tasks available on the feature phone. The phone has no built in internal storage, which will require users to have an external microSD card installed. The Nokia 222 supports up to 32GB worth of microSD card storage.

As for the camera, it has a 2.0megapixels camera, which can also record videos of up to 320 x 240 resolution at 15fps. While there is a LED light on the phone, it cannot be used as a flash for the camera since it is situated on the top of the phone, and is mainly used as a torch light, just like most feature phones back then.

For multimedia features, the Nokia 222 has a built-in MP3 player, which can play AAC, MIDI, and MP3 audio files. The phone itself has a built-in loudspeaker, and is also able to record audio in WAV format.

It supports 2.5G/EDGE connection, and has a built-in Opera Mini with IPv6 support, as well as built-in apps for Facebook, Messenger, Twitter, and GroupMe by Skype.

The Nokia 222 is able to run Java games, and offers a free game a month from Gameloft. It comes pre-loaded with Assassin’s Creed Brotherhood and Midnight Pool 3.

The Nokia 222 and 222 Doula SIM will be released this September.