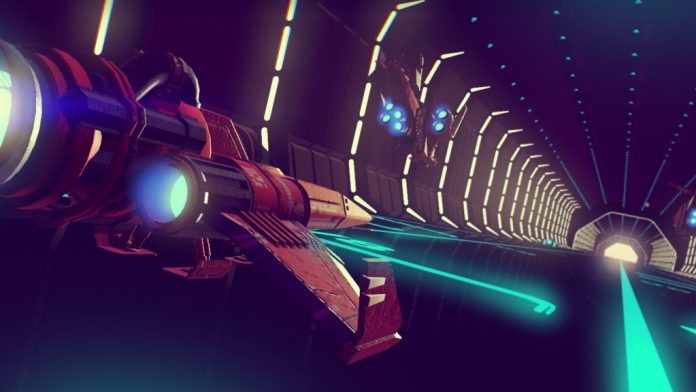 In preparation for the upcoming release of one of this year’s most anticipated games “No Man’s Sky,” Hello Games revealed what consumers may able to purchase upon its launch.

According to iDigitalTimes, there will be a limited edition dubbed as “Explorer’s Edition” which will have a hefty price tag of $149.99 per pack. Its primary selling point is touted to be the cast metal replica of the main ship in the game at a 1:35 ratio scale, around 8-inch in length and hand painted. It also equipped with “Atlas” display base as a stand, decorative decals for customization and removable background display.

The company producing the deluxe collector’s set, iam8bit revealed that the replica costs $125 if bought alone. The box also contains a PC game code via Steam or GOG that has Horizon Omega ship pre-order bonus, valued at $60; Hard-enamel traveller pin at $10; diorama display backdrop at $5; a mystery item to be revealed during launch which is valued at $10; and a priceless, rad box. Only around 10,000 sets will be sold.

Meanwhile, owners of Playstation 4 may buy a copy of the game from GameStop as they offer exclusive bonus currency and early access to Rezosu Z65 for $79.99. The latter is described to be a powerful offense multi-tool on hostile planets as it is equipped with plasma upgrade pre-installed. The said item aims to help players be protected and make mining resources faster at the same time.

Moreoever, those who order will be given 10,000 units as a head starter as they explore the universe. They can use the units to buy faster ships, better weapons, and even exotic resources. Gamers will also get an upgraded Alpha Vector Ship to begin their unique voyage. The vehicle features lasers for self-defense and hyperdrive that allows it to jump to the nearest neighboring solar systems.

Preorder for “No Man’s Sky: Explorer’s Edition” and the PS4 version are now rolling out. Shipping will begin in the latter part of June, with the official launch scheduled on the 21st of the same month.