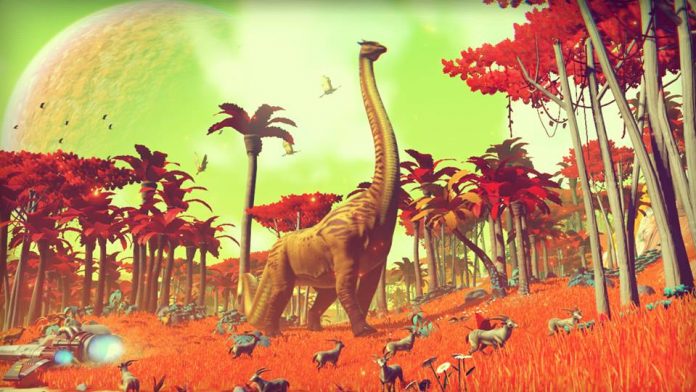 Fans have been waiting for the release of “No Man’s Sky” for way too long. Thankfully, Hello Games officially announced that development on the game has been completed and it is now ready for its August release. Considering that the action-adventure survival video game will contain about 18 quintillion planets, it is surprising that the game’s size is only 6 GB.

Moreover, Murray has also stated that they have also gone through the process of certification and that the game has passed. It is now ready to be released for PlayStation 4 and PC for the players in Asia, North America and Europe.

Even though game development has completed, Hello Games is still giving their best effort by making the game even better. It has been mentioned in reports that the team has already been working on the first update for the game. Murray confirmed the news on Twitter saying, “Well, waiting for a build to upload really. Actually we’re already busy on Update 1.”

Although, there are still no announcements on whether the first update of the game will immediately be available once the game is released.

The most recent and notable updates for “No Man’s Sky” include compatibility with virtual reality (VR) and the fact that it will only take up 6 GB of space despite its massive universe. Murray even revealed via Twitter that most of memory consumption is just for audio.

Now, players will only have to wait for the release of “No Man’s Sky” which is slated to launch in North America on Aug. 9. It will be launched in Europe and the United Kingdom on Aug. 10.