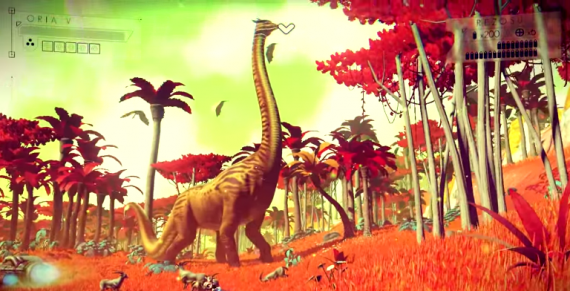 With “No Man’s Sky’s” nearing release, the man behind the mysterious, yet highly anticipated video game, Sean Murray, has been doing a couple of press rounds to attract more attention to the title.

In his recent sit down with IGN podcast titled “IGN Unfiltered,” Murray shared the process of creating a pipe dream like “No Man’s Sky” and that time when they almost dropped the project altogether.

Murray and the rest of Hello Games were originally not sure about releasing the title to the public. However, it was Canadian video game producer Geoff Keighley who pushed the team to drop the first trailer of “No Man’s Sky” during his 2013 VGX Awards. To their surprise, it was received with great appreciation and enthusiasm. But while Hello Games was slowly gaining confidence that the game will be a hit, they were met with a hurdle that could have halted the release of “No Man’s Sky.”

“It was a couple of weeks later, and it was Christmas Eve and we were all off from work. The whole office flooded,” Murray recalled. “I think if we hadn’t announced the game… I think we might have just canned ‘No Man’s Sky’ because we would have been feeling really unsure of it.”

Being already announced, Murray and the rest of the crew had no choice but to continue developing the game as they transferred into a make-shift office.

“We ended up in this tiny, little room with 10 of us crammed in there on makeshift desks. It looked like the workshop at Dell or something like that,” he described. There were just computer parts everywhere… I remember saying to the team [that] yes this is crappy, but imagine what it’s going to be like when we walk out on stage at E3.”

“No Man’s Sky” has been highly distinctive given that it offers a bigger universe to explore with roughly 18 quintillion realms to discover. Murray also previously sat down with PlayStation’s Anthony Carboni where he gave him a sneak peek of what gamers can expect from the title. Based on Carboni’s reaction, it was a thrill playing the game.