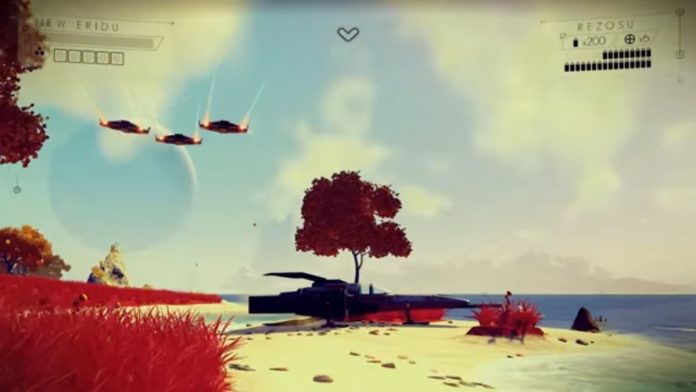 Those who have long been waiting for the highly anticipated game “No Man’s Sky” have one more thing to be excited about, as British band 65daysofstatic recently announced a world tour to promote the game and its soundtrack. The tour would go on so far as announced for a month, starting in October and with its first leg kicking off in Tilburg, Netherlands.

In their official website, 65daysofstatic announced the schedule of their upcoming world tour for the “No Man’s Sky” soundtrack. So far, the band has only announced their schedule for the months of October and November, and all of them are only within the European region. However, the band also made it clear that they would be visiting more places as part of the said tour and would be announcing more future locations later on. Interested fans can already go buy their tickets as sales are currently ongoing.

The official soundtrack for the game is aptly called “No Man’s Sky: Music for an Infinite Universe.” The album would have two different parts the first one having the traditional format of a soundtrack with a 10-song lineup, and the second having six tracks of what are being called as “soundscapes.”

As for the game itself, the release of “No Man’s Sky” has been delayed to August. Originally slated for a June release, Hello Games opted to have more time to work on the game. The company addressed the issue of the delay, which had outraged a number of fans wanting to get their hands on the game already.

“We knew that people would be disappointed, and we’ve certainly heard a lot from some who decided to tell us all about that,” said Sean Murray, co-founder of Hello Games. “But we’ve also heard some super nice words of support as we make the final push.”

“I’ve said it before, but ‘No Man’s Sky’ is the hardest thing I’ve ever worked on. It’s even bigger than you can imagine. This is a type of game that hasn’t been attempted before, by a smaller team than anyone would expect, under an intense amount of expectation.”

Apparently, the extra time will be used to perfect the game. “The universe will be yours very soon,” he added.

“No Man’s Sky” is coming to the PlayStation 4 and the PC on Aug. 9, and the official soundtrack would be out on Aug. 10.

'Suicide Squad' movie news: Batman may have a bigger role in...