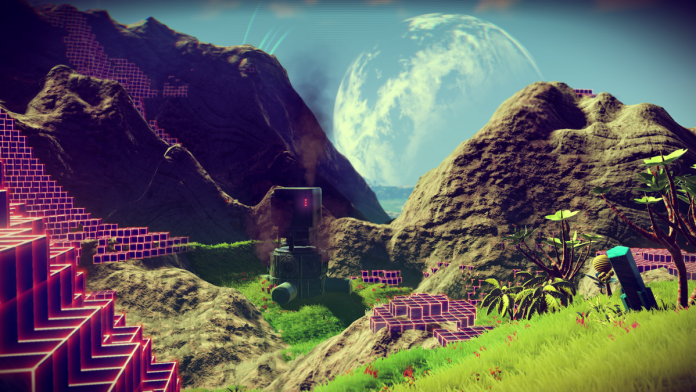 The players of “No Man’s Sky” were disappointed when they first got their hands on the game due to the high expectations that was not met when it was released. Hello Games delivers this time around when the developers patched update 1.1 packed with base building abilities and rights to construct navigation waypoints, among others.

Called The Foundation update 1.1, players are taken into a breathtaking number of updates. It begins with adding normal, creative, and survival switches to give the user options on the gameplay they want.

The highlight of the update is the ability to create bases and the option to claim a world as the gamer’s own. Resources taken from gathering supplies across the various planets can be used to build structures. The customized worlds and structures can also be disintegrated, and the resources can be used again if the players want to move to another world.

Compared to the previous gameplay, harvesters can now forage on their own. Navigation is also quicker when gathering materials and going back to favorite locations. The user interface is likewise better, especially when the gamer is on survival mode. It is also evident that the sound and video glitches were fixed.

Freighters and vessels can also be bought in the game. Gamers can grow crops in the freighters and customize them according to their preference. Aliens can be hired to do research if the player doesn’t want to purchase anything in the game.

Farming rare, biome-dependent crops receive major airtime in the game. According to Wired, expect science, weapon, and engineering experts to be included in the next update.

The initial bad reviews disappeared at lightning speed when Hello Games released the newest update. Information on the next update is not released yet, but the rave reviews of The Foundation leave fans craving for more.

“No Man’s Sky” is currently available on PC and PlayStation 4.