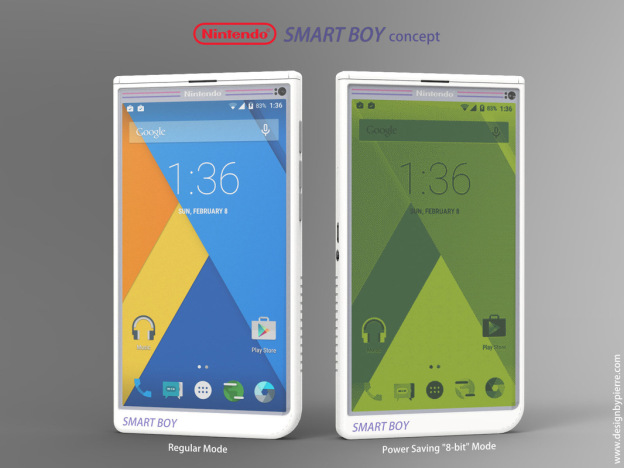 While Nintendo has not made any announcements nor expressed any intention to enter the smartphone race, it did not stop a designer from creating a concept of what a Nintendo smartphone could look like.

According to PC Mag, designer Pierre Cerveau has created a design that pays homage to the classic Game Boy console. Aside from functioning as a normal smartphone, the concept design has some unique ideas for peripherals as well.

Dubbed as the Smart Boy, PC Mag stated that the design retained the removable cartridge slot that is reminiscent of the Game Boy models released by the company. The only difference is that, naturally, the Smart Boy is as slim as smartphones go nowadays.

Cerveau has also conceptualized the Smart Boy to take mobile gaming to a different level. The report said that a player only has to rotate the device into landscape mode, and they will be able to attach a controller with a D-Pad and four buttons to transform the Smart Boy into a gaming console.

The controller is also designed to give the device additional battery power, Phandroid revealed.

The slot where cartridges can be inserted in a classic Game Boy is actually designed to be a port for peripherals, Phandroid added. Called “modules,” these detachable items include a camera, an internal storage boost, and extra batteries.

The device is supposedly designed to run on Google’s Android, BGR said.

As homage to black-and-white gaming that the first Game Boys were popular in, BGR said that Pierre’s concept also included a low power mode that is designed to mimic an 8-bit game display from more than 20 years ago.

While Nintendo has no plans of releasing its own smartphone, the company is working in partnership with mobile game developer DeNa to create original games for mobile devices. The first of these games will be released in 2017, The Next Web reported.