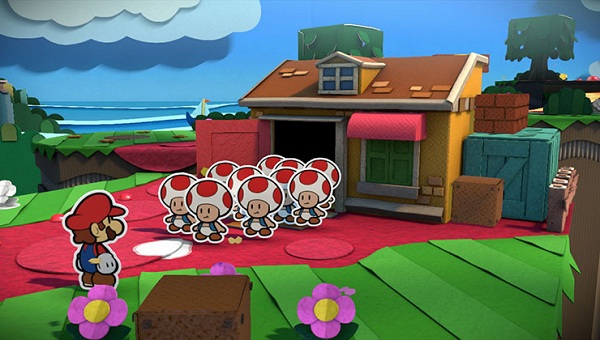 Nintendo has officially announced its lineup of games for 3DS and Wii U this year. The company revealed the release dates of some games but failed to provide additional details on a couple of its most-anticipated products.

On Thursday, the company confirmed the Nintendo 3DS and Wii U game lineup for 2016 through Nintendo Direct (video below). The company introduced the latest entries to its “Kirby” and “Paper Mario” series as well as a new companion game for “Star Fox Zero.” Additional details on its previously announced titles were also given.

Nintendo discussed eight new games coming to the Wii U this year. However, the anticipated reboot of “The Legend of Zelda” for the platform is MIA.

On April 28, Bandai Namco will launch “Lost Reavers,” a free-to-play online co-op action game involving zombies, puzzles, and treasures. Before that, however, an open beta will be held on April 14.

A couple months after, “Mario & Sonic at the Rio 2016 Olympic Games” will be heading to the Wii U on June 24. It features two new events: Rugby Sevens and Rhythmic Gymnastics Clubs.

Nintendo will also be releasing the latest “Super Mario” franchise entry later this year. This is “Paper Mario: Color Splash” which takes players to Prism Island. Here, Paper Mario must use his paint hammer to bring back color to the island or revive his friends.

For the 3DS, Nintendo will be releasing several new titles this month. First comes “Fire Emblem Fates: Revelation” which will launch on March 10. After that comes “The Legend of Zelda” spinoff “Hyrule Warriors,” which will come out on March 25. “Disney Art Academy” will launch on May 13, while “Kirby: Planet Robobot” will land on June 10.

A couple of titles have no release dates yet. Gamers can expect “Metroid Prime: Federation Force” to be available in late spring, while “Rhythm Heaven Megamix” will launch later this year.

In addition to these titles, Nintendo will also be bringing a number of Japanese role-playing games to North American soil. “Pokken Tournament” will be available on March 18. Square Enix’s “Bravely Second: End Layer,” the follow-up to “Bravely Default,” will arrive on April 15. “Tokyo Mirage Sessions #FE” follows on June 24. Meanwhile, “Monster Hunter Generations” is scheduled to launch in the summer and “Dragon Quest VII: Fragments of the Forgotten Past” will release sometime later this year.

Acer Predator 21X vs Alienware 17 specs comparison: Which is the...