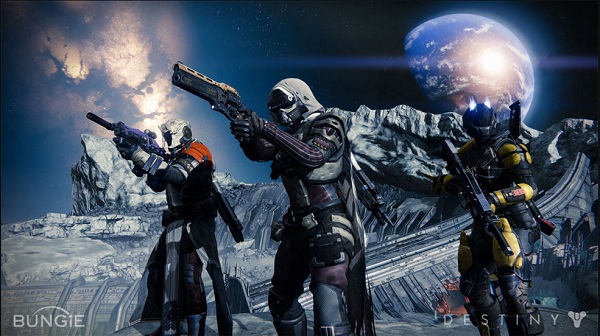 An industry insider has revealed the games that will be coming to Nintendo’s upcoming gaming device. These games include Activision’s toys-to-life title “Skylander” and the sequel to developer Bungie’s first-person shooter “Destiny,” among others.

Gaming site Dual Pixels shared brand-new information from Geno, an industry insider whose leaks have proven correct in the past. According to Geno, Activision is planning to bring a number of its titles to the Nintendo NX. The planned NX games will launch from this year through 2017.

First up, “Skylanders” will allegedly be available to the NX upon its launch. The next “Call of Duty” game, which will be titled “Bloodlines,” will also be hitting the Nintendo NX in fall 2016.

Meanwhile, in 2017, Nintendo is said to be giving Activision “hard bargains” to have beta access to the planned “Destiny” sequel. Titled “Beyond Destiny,” the sequel is expected to launch during holiday 2017.

The industry insider reveals the publisher is interested in bringing the “Destiny” sequel to the Nintendo NX for at least a couple of reasons. First, Nintendo gamers will be able to play both local and online multiplayer games with the new console. Second, Activision wants to take advantage of Nintendo’s new mainline Pokemon game, which will not only “guarantee” a big user base but also provide an opportunity for the publisher to bring the “Destiny” franchise to a new type of audience.

In addition, if all goes well with “Beyond Destiny,” Activision will reportedly release a “complete” version of the original “Destiny” game to the Nintendo NX by early 2017. Geno did not clarify what he meant by “complete,” but gaming site Gamepur suggests this could possibly be the main game plus all its downloadable content.

In the same year, Activision will launch “Spider-Man: The First Avenger,” which will be created by Japanese developer Platinum Games. The upcoming game will reportedly tie into the Marvel Cinematic Universe.

Geno correctly predicted the release “Pokemon X and Y” and HoloLens. However, until Nintendo or Activision confirms these information, they’ll remain in the speculations category.