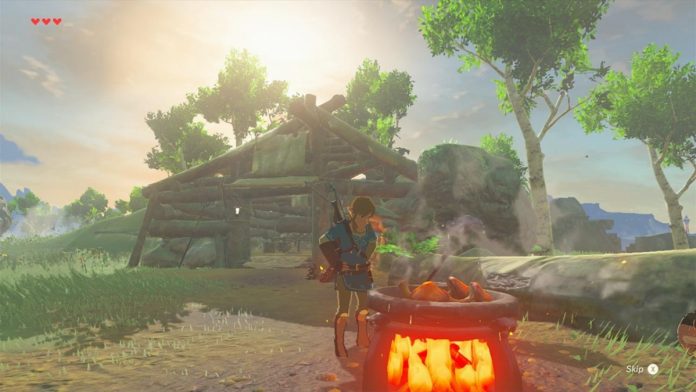 While many continue to anticipate what might be coming next from Japanese video gaming giant Nintendo, the company continues to keep its mysterious Nintendo NX console as under tight a wrap as possible; though some new information has come out to suggest new things about the machine, like the possibility that its creators are going back to using cartridges instead of the traditional disc for the console.

The interesting little tidbit of information came about from some users poking around on the website of the United States trademark office, with the more keen-eyed members of the “Legend of Zelda” fan base spotting a peculiar addition on the new installment’s listing.

According to a thread created on the NeoGAF community forums, user Atheerios spotted the words “video game cartridges” included in the list of the “Goods and Services” section of the “The Legend of Zelda: Breath of the Wild.”

A screenshot of the title’s entry was shared, showing the words “video game cartridges” as highlighted. Smellycat, the original poster of the thread, speculated the information was peculiar based on Nintendo’s common process in deciding the media its titles would ship in.

According to Smellycat, Nintendo does not ship its games for the Wii U in cartridges with the listing for Wii U games not including the designation. Meanwhile, titles going to the Nintendo 3DS platform instead list video game cartridges instead of video game discs.

For the listing for “The Legend of Zelda: Breath of the Wild,” the title was listed with both video game cartridges and video game discs included in the description. One interpretation is that the disc classification is for the Wii U version of the game, while the cartridges are for its Nintendo NX version.

Others in the thread speculate that the cartridges are for the handheld functionality of the machine, which goes along with rumors about the NX having some form of portability function. At any rate, Nintendo fans may find out the truth once the company officially releases more information.

iPhone 7 specs rumors: Samsung in the running to become OLED...