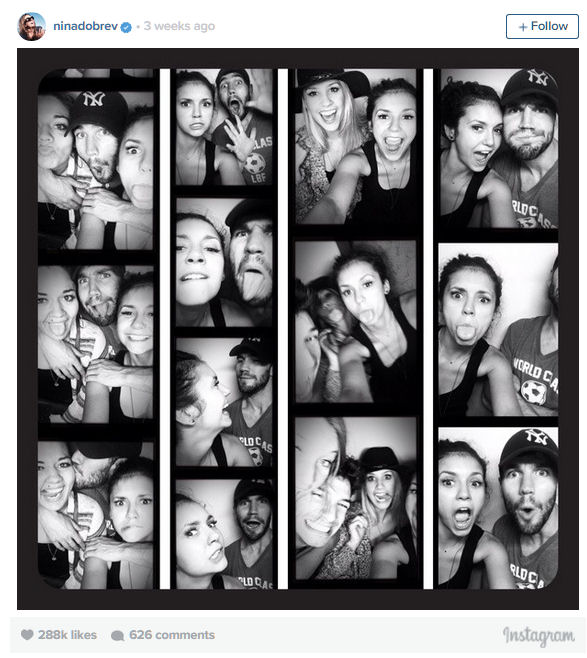 The vampire intrigues do not end with the show, apparently. Even if The Vampire Diaries is currently on hiatus pending its return this October, the stars of the show continue to make waves on social media. Ex-lovers Ian Somerhalder and Nina Dobrev continue to hit the heart of the grapevine. Dobrev fans have not been pleased recently with the observation that Ian Sommerhalder unfollowed his ex Dobrev on Twitter.

Some fans are speculating that the gesture was because of Ian’s wife Nikki Reed and possible insecurities regarding his previous relationship with Nina Dobrev, reports the International Business Times of India. Fans have been crucifying Reed on Twitter after she started seeing Ian a short while after the breakup in 2013 between Ian and Nina.

Despite Nina’s vehement denials of bad blood between her and Ian in her interviews after her Vampire Diaries departure, the rumor mills won’t stop spinning. Some even go as far as surmising that this was one factor which made Nina decide to leave the show for good.

Some showbiz insiders also surmise that the recent public displays of affection between Austin Stowell and Nina Dobrev are a means of lashing back at Nikki Reed’s public displays of affection with Ian Somerhalder and sharing pictures of their exotic honeymoon getaway in Italy. This is also unconfirmed; both Somerhalder and Dobrev share the same fan base since they became popular together as a love item for many seasons in the vampire show.

Reed and Dobrev used to be good friends before Somerhalder began getting romantically involved with Reed after his breakup with Nina. Fans of The Vampire Diaries seem to hold Nina Dobrev in higher regard and are very happy for the recent developments in her love life.

Season 7 of The Vampire Diaries is slated to return this October and promises a darker and sexier transformation of the season plot following Dobrev’s controversial departure.