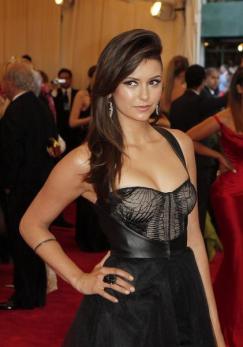 Fans of former “The Vampire Diaries” star Nina Dobrev may be thrilled with the news that the actress has been shortlisted for an upcoming big screen adaptation of hit TV show Baywatch.

According to Deadline, Paramount Pictures has been trying out several actresses for the part of the female lead in the global phenomenal show “Baywatch” who will appear alongside confirmed cast members Dwayne “The Rock” Johnson and Zac Efron.

They added that it is possible that the studio may search for more and include some of those who auditioned for smaller roles in the upcoming film.

Based on the series which ran from 1989 to 1999 and previously starred David Hasselhoff and a bevy of beautiful women as lifeguards in California, the movie tackles the story of a renowned former Olympian to be played by Efron who has an exciting encounter with an elite squad of bodyguards headed by Johnson. The two are said to work on a mission of protecting the California beach from environmental destruction caused by a wealthy oil businessman.

The production team is composed of Damian Shannon and Mark Swift for the latest draft of the script, Beau Flynn and Ivan Reitman as producers while Johnson’s Seven Bucks Productions will also produce with partner Dany Garcia. Seth Gordon takes the helm as the director.

Speculations suggest that they will begin production in the early part of next year and it remains to be seen when it will hit the theaters as Paramount has yet to schedule a release date.

'This Is Us' episode 4 spoilers: Pearson family deals with racial...