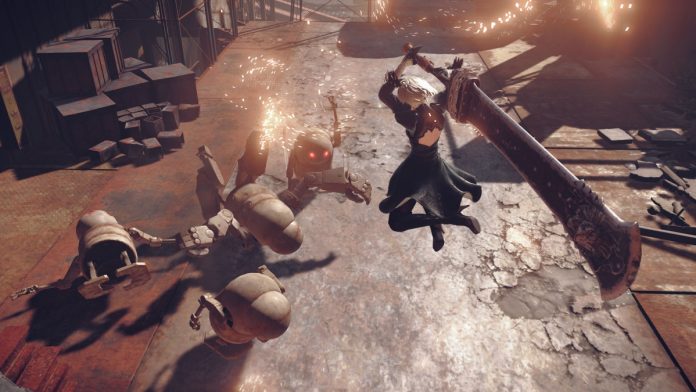 Without delay, the demo for the PS4 version of the upcoming game “NieR: Automata” is now available on the PlayStation Store. It gives a brief taste of what the players should expect once it gets released.

According to Game Rant, the past few weeks has proved that fans are becoming more intrigued about the dark, industrial world of “NieR: Automata.” After all, Platinum Games took one step even further, unleashing the 4.4GB demo for the game that allows players to play as androids 2B and 9S as they try to reclaim a dystopia overrun by powerful machine lifeforms.

Platinum Games is certainly making good on its promises to redeem the original game’s failures, as they often emphasize in their press releases. The free demo features a lot of combat sequences, which are comparable to “Bayonetta,” instead of any traditional action-RPGs around.

Thankfully, the responses the demo received from fans has been generally positive, with fans praising its story and character development as its main selling points. That is certainly good news for Platinum Games, and if the demand continues to rise, it could be possible that the developers might release the game to Xbox One.

“NieR: Automata” is certainly a big step forward to the series since it preserves its core sense of identity while giving remedy to the mistakes made back in the original “NieR” game. According to Game Spot, the high-speed battles will be rendered in fluid 60 FPS, which certainly assures smooth combat sequences and cutscenes.

Meanwhile, the publisher of the game, Square Enix, has released the trailer that shows off the two crossover items from the “Final Fantasy XV” and “Dragon Quest” games. The items are the Engine Blade and the Cypress Stick respectively.

“NieR: Automata” will be launched for the PS4 on March 7, 2017. The PC release will happen sometime later in the same year.