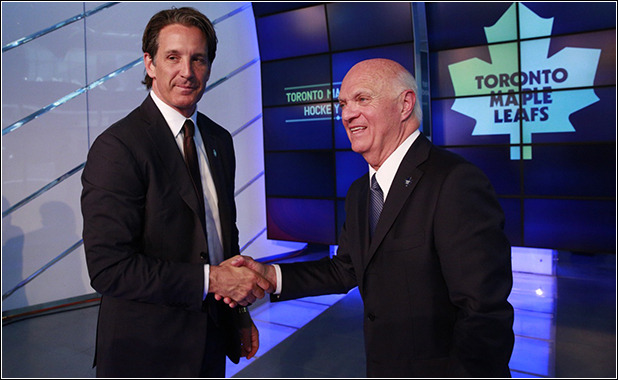 The Toronto Maple Leafs and Washington Capitals sealed a deal involving the Leafs’ veteran right wing Daniel Winnik and a 2016 fifth round draft pick in exchange for the Capitals’ center Brooks Laich, defense man Conor Carrick, and a 2016 second round pick.

Some fans of the Leafs may just be over the numerous trades, but Mark Scheig of The Hockey Writers is seeing a shift in the NHL team. The Canadian team has not have a good standing in the league for long a time, but Scheig points out that if the plan of the team plays out well, the Leafs might just have a good season after all.

Meanwhile, Lou Lamoriello, the new general manager of the Maple Leafs, is not jumping into conclusion right away. If not, the 73-year-old is even cautious of being too excited about the new direction he is steering his team.

“The thing you can’t do is jump ahead of yourself. I work very hard at not thinking that way. You can’t get wrapped up in ‘what if’,” he said in an interview with The Toronto Sun.

“If you think this is easy, I can tell you, it’s not. We’re still finding out about everybody,” he added referring to changing the team, checking which players will fit the new system, which ones to trade away, and which ones to acquire.

“We’ve tried to put ourselves in a position to be able to do anything that comes about, with no restrictions. We’ve opened up salary cap space. We’ve acquired draft picks. Whatever we think is needed, we’re going do. We can be flexible. That’s what I like about where we are,” Lamoriello further explained.

As for the Capitals, General Manager Brian McLellan is nothing but pleased with their newest acquisition.

“Daniel is a versatile player who plays with grit and can be used in all situations,” MacLellan told Capitals Today. “This move enables us to add some depth to our forward group and balances our lineup. We would like to thank Brooks for all of his contributions to our organization over the past 10 years. Brooks is a true professional and we wish him all the best in the future,” he finished.

Daylight Savings Time 2016: Find out when US and UK clocks...