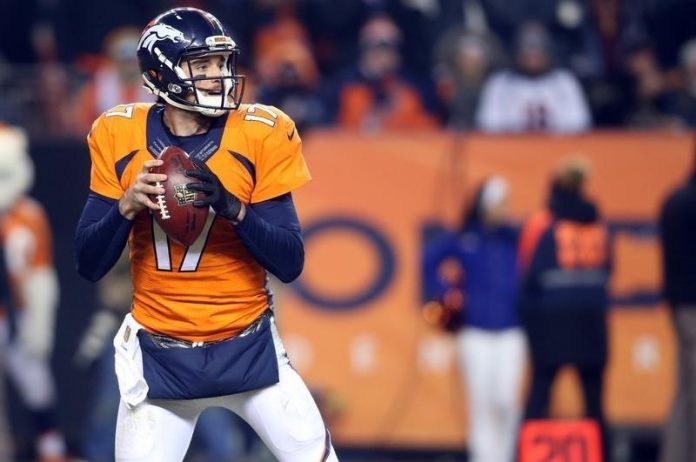 The Denver Broncos have taken over the news in the entire league with two of the best quarterbacks having their own interesting and somewhat sad storylines. While everyone are still finding it hard to accept Peyton Manning’s retirement reality, his heir to the throne, Brock Osweiler is also making his own headline, with rumors spreading that the Houston Texans are making a pitch to grab him, at least through his agent.

Wednesday marks the start for teams to be able to officially contact agents of players in the hope of negotiating deals and listening to offers. While the Broncos are definitely going to fight for Osweiler, especially with Manning’s confirmed retirement, the Texans are determined to spoil the party. Accordingly, the Broncos are offering the 25-year-old a three-year deal that’s worth about $45 million, but it is unclear if Houston is serious enough to contend with that kind of money, including the incentives that come with the base salary.

It actually makes perfect sense why the Texans want Osweiler. First, the league is kind of short of quarterback talent and his availability in free agency will send shockwaves, with several teams certainly hoping to get him. For Houston, they have a star in the making in the person of DeAndre Hopkins and a team defense that’s one of the best in the league.

However, they don’t have the caliber of a quarterback like Osweiler. If they succeed in luring him in, then they’re going to be increasing their chances of making it all the way to the Super Bowl.

Per report from CBS, the team may get a chance of acquiring a young quarterback for the future through the 2016 NFL Draft, but any team wouldn’t pass up on the opportunity of attracting someone like Osweiler so the Texans are trying to contact and hold talks with Jimmy Sexton, the man tasked to negotiate in Osweiler’s behalf.