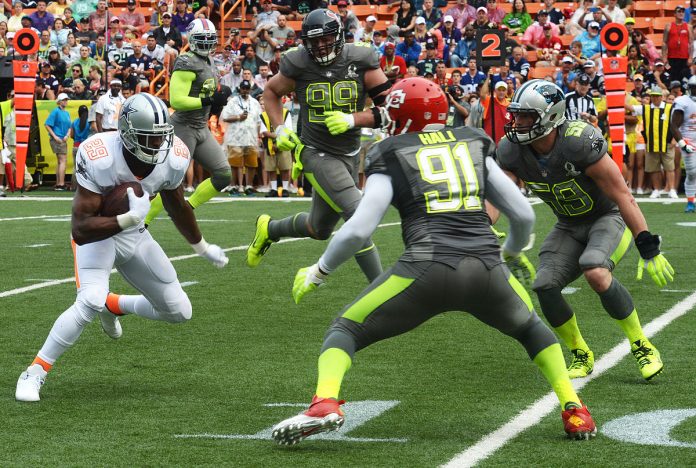 The Philadelphia Eagles and the Tennessee Titans figured in a trade that looks to provide benefits for both teams as they make preparations for the upcoming NFL season. The Eagles sent DeMarco Murray to the Titans in a move seen to unload another recruit by ex-coach Chip Kelly, while Tennessee gets someone who can provide immediate contribution.

The trade, which was first reported by Adam Schefter for ESPN, will finally end the running back’s shaky and unexceptional stint with the team that signed him to a five-year, $42 million contract last season. Although there is no statement coming from the parties involved since the trade will only be official today, sources are saying that Murray had to agree on restructuring his original contract for the trade to happen. Nonetheless, he is not expected to lose the guaranteed money stipulated in the same contract, which reportedly is worth $21 million.

According to Dan Hanzus of NFL.com, the trade is an obvious move by the current management to rid the team of any remaining signs of Chip Kelly’s work. Aside from Murray, the Eagles also sent linebacker Kiko Alonso and cornerback Byron Maxwell to the Miami Dolphins in an earlier deal.

Murray found himself getting a lucrative contract with the Eagles after a splendid performance for the Dallas Cowboys in 2014, where he had 1,845 yards and 13 TDs, in the process winning the Offensive Player of the Year award that season. The problem though was that he couldn’t produce the same performance in Dallas when he transferred to Philly.

For the Titans, Murray’s addition is a huge boost to the team’s offensive power. The team was 25<sup>th in the league in rushing offense last year, according to Forbes. But with him and along with having the first overall draft pick rights in the upcoming April draft, Titans fans should have more than enough reason to be excited for the new season. But they too will certainly hope Murray is able to replicate his performance in Dallas two seasons ago.

'Doctor Who' season 10 spoilers: Twelve to welcome a new female...