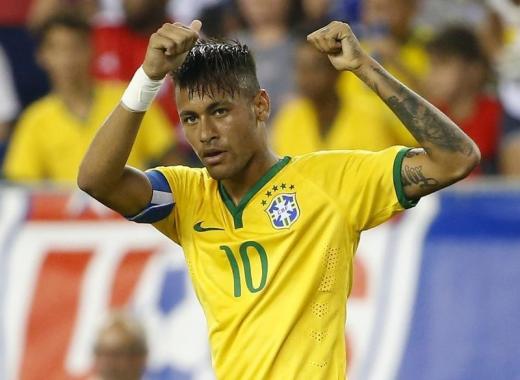 Rumors have it that  Neymar Jr. may be open to the idea of leaving Barcelona in the summer, and Manchester United and Manchester City are already fighting to get him to transfer to their respective clubs.

According to Goal, Pep Guardiola has been eyeing the Brazilian international star forward to be his number one target as he prepares to take over the Etihad Stadium.

Meanwhile, United has reportedly informed Barca that they are willing to pay the 144 million release clause in case the player becomes available, with Jos Mourinho rumored to be the next manager, taking the place of Louis van Gaal.

The report added that both clubs want Neymar Jr. to become the face of their brands, and they are even willing to pay the attacker the alleged wage of 1m per week.

What may have added to the assumption that he will be not be coming back to Barca is his father Neymar, Sr.’s apparent statement saying, “There is no reason why he should sign a new deal at Barcelona.”

With Lionel Messi in the team, there are hearsays that Neymar and his representatives realized that he will never be the face of the Catalan club or a global brand, unlike what the Premiere League is said to be offering.

However, Bleacher Report speculated otherwise and shared that Neymar is actually close to signing a renewal of his contract with his current club. Vice-president Carles Vilarrubi of Barca reportedly stated, “Neymar will renew his contract. It will be when he wants, and when the club wants.”

“We are absolutely certain. He is committed to the team and is happy with his team-mates. The club gives him a lot of happiness,” he continued.

It remains to be seen if this comes to fruition as Neymar Jr. has not officially commented on any issue.