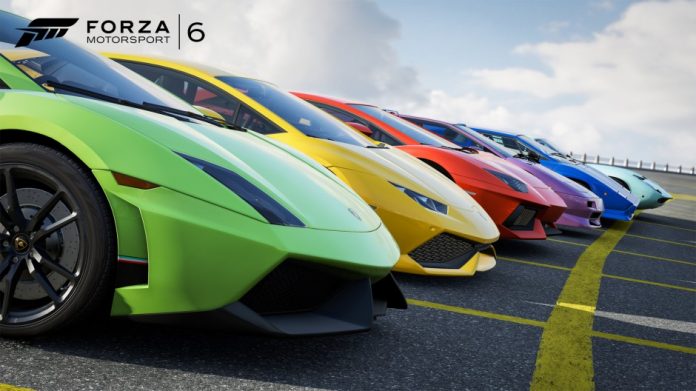 Developer Turn 10 Studios and Microsoft have been keeping busy with their “Forza” franchise apparently. Following at the heels of the announcement of the Windows PC-exclusive title “Forza Motorsport 6: Apex,” the companies have now revealed that a new “Forza” game is in the offing.

The upcoming game was announced in time for the 86th annual Geneva International Motor Show which kicked off on Thursday. Microsoft revealed Xbox, together with Turn 10 Studios, has partnered with Lamborghini for the new “Forza” game. The luxury sports car manufacturer has agreed to let its new Lamborghini Centenario super sports car be the new “cover car” for the latest addition to the racing series.

The Lamborghini Centenario was built to commemorate the 100th birthday of the company’s founder Ferruccio Lamborghini. It uses V12 architecture for its 770-horsepower engine which powers from 0-100 km/h in 2.8 seconds, and from 0-300 km/h in 23.5 seconds, with a top speed of more than 350 km/h. The limited-edition sports car was presented at the Geneva Motor Show recently and Xbox One gamers will be able to experience the ultra fast car when it debuts in the new “Forza” game.

Microsoft has not provided any other information aside from this. However, it has promised to announce the title and other details during the Xbox media briefing at E3 2016.

“We’re excited to continue our long history of working with Lamborghini and to be part of their 100-year anniversary by celebrating the Centenario as the featured cover car of the next Forza game,” said Head of Xbox Phil Spencer. “It’s an honor to announce our partnership at one of the world’s biggest automotive shows, and we look forward to unveiling the game at this year’s Electronic Entertainment Expo.”

“Forza Motorsport 6” followed a similar schedule, with Microsoft announcing the game in January 2015, unveiling it at E3, and releasing the title in the fall. That game’s “cover car” was the Ford GT.

Josh Duggar struggles to settle back to his old life after...