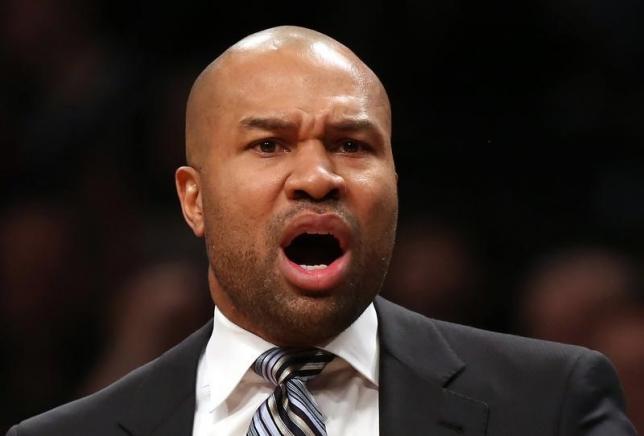 New York Knicks is seemingly going through of lot of changes recently to presumably improve in the upcoming NBA 2016-2017 season.

According to Guardian LV, after the official firing of head coach Derek Fisher this month, the team is reportedly looking for players to be traded and even brought in to their franchise.

The team’s current standing is 23-31 and ranked 12th in the Eastern Conference. They recently lost their fifth game in a row against Denver Nuggets last Feb. 7. Even though the score was arguably close 101-96, it seemed like it was the final straw for Fisher as he also failed to bring the team to victory last season with 17-66 and a winning percentage of only 29.4.

The report added that Knick’s president, Phil Jackson, and general manager, Steve Mills, agreed that it will be beneficial for the team to let go of Fisher. Taking his place as the interim coach is his assistant Kurt Rambis.

“I know it’s a relief for him, taking away some of that stress from the job. It’s also a person I have a long relationship with and care deeply about and hope for his success. It’s time for us to make a change, turn this team around and move forward and get some wins and keep going down the road we started here at the beginning of the year,” Jackson stated via ESPN.

Fisher is guaranteed $17 million for his four-year deal and will continue to receive the balance of this year plus $8.5 million over the next two years.

When it comes to the upcoming free trade, Knicks is said to have approximately $18 million in salary cap space and rumored to have its all-star player Carmelo Anthony be transferred to change the environment as a whole.

They are also deemed to be interested in acquiring point guard Mike Conley from the Memphis Grizzlies. He averages 14.6 points, 6.1 assists, three rebounds, and 1.6 steals a game, with 85 percent free throws, 40 percent in the field, and 35 percent beyond the three-point line. If this comes to fruition, he may replace Jose Calderon.

Since Knicks has yet to official comment about the free trade, available information should be taken with a grain of salt.