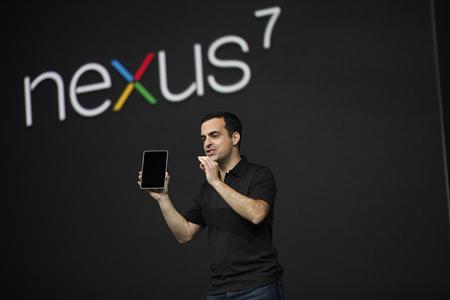 All talks are veering towards two models of smartphones – Huawei Nexus 6 and the new version of LG Nexus 5 that will pioneer Android’s latest operating system, Android 6.0 Marshmallow. However, recently leaked photos suggest that there may be another upcoming device but for the tablet market, the so-called Google Nexus 8.

CNET reports that according to sources close to the situation, Google is planning to unveil both LG and Huawei-made flagship phones at an event on September 29 in San Francisco, California. It is noted that the reveal and the buzz which hopefully surrounds it, are particularly important for Huawei as it will be the first time the manufacturer is producing a gadget in Nexus line.

Moreover, GSM Arena speculates that Nexus 8 may also be showcased at the same event as images of an alleged dummy from a Chinese website are recently circulating online. The handheld is placed beside a ruler and roughly measures around 200mm which is said to be the suitable length for an 8-inch tablet with a screen-to-body ratio of 4:3. The square design also follows the trend started by Nexus 9.

Another image shows that the handset seems to be made of metal with chamfered edges and speakers grilles.

It was previously reported that what added to the speculation is the supposed listing from Geekbench 3 that is difficult to fake. It is deemed that the specifications may include a Colorfly motherboard and an octa-core processor clocked at 1.3 Ghz. With the given speed, it is more probable that the chipset comes from MediaTek than Qualcomm as the latter usually clocks their processor at 1.7 Ghz frequency.

Although when it comes to the software running in the tablet, system information lists the current Android 5.1.1.

The available information should be taken with a grain of salt as Google has not yet commented on the issue.

'Red Dead Redemption 2' rumors: Game to have a PC version?