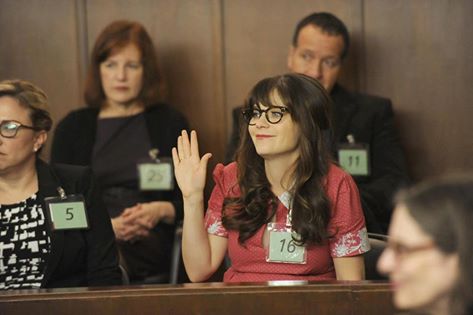 Fox’s hit comedy series “New Girl” is down to its two-hour special finale for season 5, featuring the night before the big day and the wedding of Cece (Hannah Simone) and Schmidt (Max Greenfield).

Titled “Wedding Eve,” the first hour will have Schmidt re-writing his vows with the help of Nick (Jake Johnson) and Winston (Lamorne Morris). In a hilarious turn of events, Jess (Zooey Deschanel) will panic as she believes Sam will propose to her. She will rally the gang into playing the game called True American to avoid giving him an answer.

Meanwhile, the second part of the installment dubbed as “Landing Gear,” will have Schmidt going on a mission on the day of his wedding. He will make a last ditch effort to convince Cece’s mom (Anna George) to come to their big day but in doing so, he may even miss the event itself.

In a sneak peek, the narrator teases, “Everyone’s gonna be there, except the groom?” Schmidt then talks to his phone saying, “We’re gonna be stuck in the tarmac for hours.” Meanwhile his soon to be mother-in-law quips, “You’re screaming on my ear.” He then shouts seemingly out of frustration, “That’s motherhood. Get used to it.”

In an interview with USA Today, the actors revealed that they had a request for the writers regarding the wedding, “We were pretty adamant that it needs to happen; that it’s not a fake-out or some sort of trick,” Greenfield shared while Simone added, “Yeah, we’ve had something like five weddings on the show this is the second Cece wedding so it was nice that this one was actually going to happen.”

When asked how it was different from the one in season 2, “There were so many conversations and dress fittings, it felt like we were planning a real wedding. One conversation I had with (creator Liz Meriwether) was that it was important to find ways to honor Schmidt’s (Jewish) heritage and Cece’s cultural heritage. Those were conversations where my mom in real life was involved, which was really funny,” Simone answered.