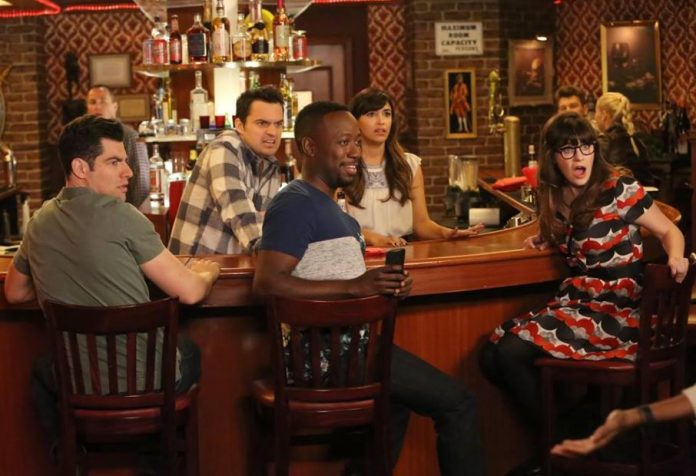 Production for the sixth season of “New Girl” has started this week as the cast has done their table read for the new season on Monday, Aug. 1.

Series star Hannah Simone (Cece) posted a picture of the table read on her Twitter account, and the shot shows Simone, Lamorne Morris (Winston), Max Greenfield (Schmidt), and Zooey Deschanel (Jess). The photo was captioned, “Table read for the first episode of Season 6 of New Girl!! Zeee gang is back together.”

Another photo of the table read, which was obtained by Entertainment Weekly, shows that Deschanel has a new name plate for episode 1, as it was revealed that the actress will be directing the season 6 premiere titled “House Hunt.”

According to the website, the sixth season picks up three months after the finale, which saw Cece and Schmidt get married, and Jess and Nick (Jake Johnson) part ways after the wedding. Since then, Jess has been trying to distract herself from thinking about a romantic future with Nick by throwing herself into new hobbies while he’s in New Orleans with Reagan (Megan Fox). Meanwhile, Winston is trying to have a long-distance relationship with Aly (Nasim Pedrad), while Cece and Schmidt go house hunting.

It appears that things will be changing for the gang next season, especially if the newlyweds find a house and Schmidt moves out of the loft. Things between Jess and Nick will also be up in the air as it was reported that Fox will return to reprise her role as the attractive pharmaceutical rep who stole Nick’s heart.

According to EW, the “Teenage Mutant Ninja Turtles” star won’t be back at the start of the season, but will return around midseason to accommodate her real-life pregnancy. Fox is currently pregnant with her third child with Brian Austin Green. Fox will return with a major arc spanning eight episodes in the new season.