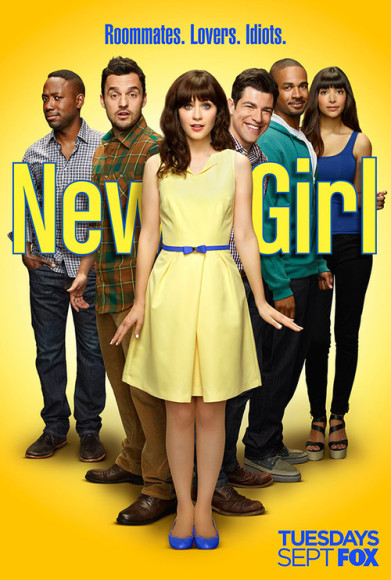 “New Girl” season 5 will have a different new girl as original lead star Zooey Deschanel is currently on maternity leave. Earlier, the show’s executive producer Elizabeth Meriweather confirmed that Megan Fox will step into Deschanel’s role in the duration of her leave but fans weren’t too excited about the idea. According to a report by Deadline, fans believe that Fox just doesn’t fit the sitcom.

The former “Transformers” actress is said to play the role of Reagan, a medical sales representative who will rent out Jess’ room while she’s on jury duty.

In an interview with People while filming one episode with Fox, Deschanel was quoted saying, “I’m super excited. Essentially [my character Jess] gets on jury duty and has to be sequestered, so the roommates rent out her room for a few weeks”.

Apart from Fox, another new character is going to be introduced to the show and amidst reports that it is only a one episode gig, fans have been eager to find out what he will bring to the table. TV Line reports that Peter Gallagher will be guest starring as Schmidt’s father, played by Max Greenfield. This is a perfect play of roles as the two has already acted in one show prior to “New Girl.” Gallagher has had Greenfield play the younger version of his character Sandy Cohen in the hit show “The O.C.”

In addition to new characters, Lamorne Morris who plays the role of Winston Bishop also dropped some major spoilers to Bustle teasing that there will be some heartbreaking scenes since the Coach will no longer with be with the gang. He also hinted at a new love interest for his character.

“New Girl” will be back on air for its fifth season on January 2016.