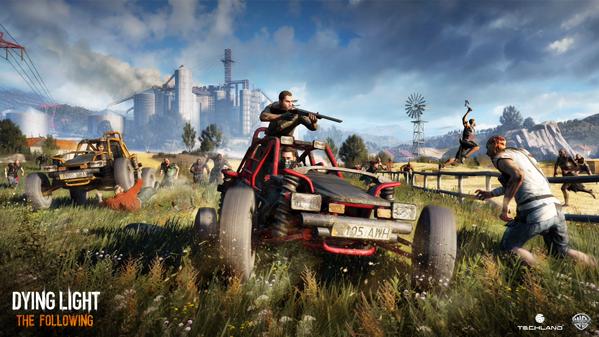 Game Spot reported that the developer, Techland, debuted the new features of the DLC in a livestream event.

One of the things that players can expect from the new update is a new map that is larger than any that the company has released before, the article revealed.

“The new map alone is the same size as all the previous maps from Dying Light combined,” game producer Tymon Smektala said during the livestream.

He further explained that the company has kept a close eye on user feedback in the Internet and, in developing the new expansion, they have labored to introduce a number of improvements that he said will change the game considerably.

The producer further said that everything that they’ve developed for the DLC has always been intended for the fans. Since they have closely monitored feedback and tailored the updates around those, it is apparent that Techland expects a warm reception to the DLC from the gaming community.

Kotaku said that the “The Following” update introduced some new changes that set the game apart from the Dead Island franchise, another zombie-killing series that was also developed by Techland.

According to Kotaku, these changes include undead combat in dense population centers with buildings and alleys between them, which is challenging as there is little room for players to move around and is reminiscent of the Call of Duty series as well as the Walking Dead TV series.

There is also an open-world country outside of the cities, which are ruled by a cult that is suspiciously immune from the disease, the article added.

There will also be new weapons like the crossbow, the submachine gun and a dune buggy that you can customize with spikes and other attachments, Kotaku said.