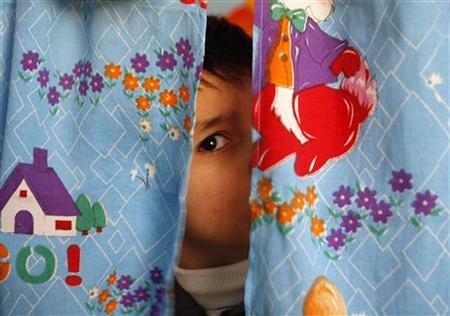 Childhood abuse has been shown to have long-lasting effects on the health and well-being of an individual. Upon reaching adulthood, emotionally-abused children are more likely to suffer migraines than those that were sexually or physically abused. This discovery is from a preliminary study that is going to be presented at the 68th Annual Meeting of the American Academy Neurology.

Data from 14,484 people, aged 24 to 32, showed that about 14 percent of these young adults have been diagnosed with migraines. The participants were also asked if they experienced any kind of abuse while growing up. Cases of emotional abuse were determined by asking the participants, “How often did a parent or other adult caregiver say things that really hurt your feelings or made you feel like you were not wanted or loved?”

Taking into account age, income, race and sex, analysis of the data showed that the participants who were emotionally abused as a child were 52 percent more likely to experience migraines compared to those who were not abused. Conversely, data of risk of migraine from those who were sexually or physically abused did not show any significant difference with those that were not abused. Results demonstrate that emotional abuse shows the “strongest link” to increased risk of migraine, said lead author Dr. Gretchen Tietjen from the University of Toledo in Ohio, as quoted in a Newswise article provided by the American Academy of Neurology.

More importantly, the study only showed an association between emotional abuse and migraine, wherein the risk of migraines increases with the increasing number of abuse types. Tietjen noted that no causality has been established yet and that more research has to be done. She adds that this is “something doctors may want to consider when they treat people with migraine”

The study titled “Emotional Abuse History and Migraine among Young Adults: Results from The Add Health Dataset” will be presented as a poster during the event “Frontiers in Child Neurology: Cultivating Careers, Transitioning Care, and Highlighting Scientific Developments” at the 68th Annual Meeting of the American Academy Neurology that will be held in Vancouver, Canada from April 15 to 21.