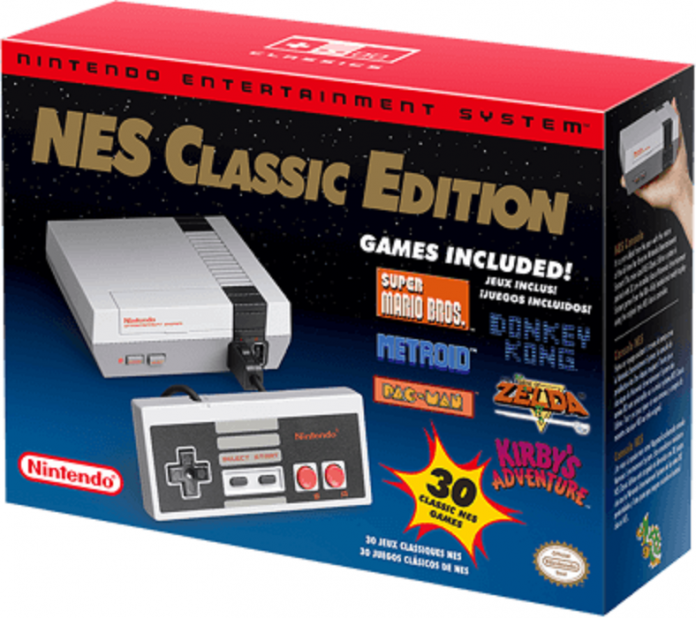 The NES Classic Edition has been impossible to find in stores on a normal week day. However, it has become one of the hottest gaming devices this year. This device was sold like hotcakes at a price tag of $59.99. Many gadget stores in the United States actually ran out of stocks. Searching online deals for this classic edition proved to be tough as well when shopping during a non-Black Friday season.

A collector of NES Classic Edition will have to pay an exorbitant price to get a NES Classic Edition through internet purchase. Well, who could ever resist such device full of throwbacks? There are around thirty classic video games stored in it, including favorites old like “Donkey Kong,” “Tecmo Bowl,” “Super Mario Bros.” and “Galaga.”

According to website Game Rant, eBay was able to sell one NES Classic Edition every 18 seconds on the device’s launch date on Nov. 11, following the majority of U.S. retailers completely running out of stock. Although sales margins of Nintendo appear to decrease because of the price cut, days after the device went on sale, one unit was reportedly sold every 23 seconds.

The rapid increase in demand for the NES Classic Edition reportedly erased the prevailing $60 price tag, causing it to shoot up again to a whopping $230.

The device breezed through store shelves on the day that it was launched. Amazon, for example, was reportedly able to dispose all of its stocks within just seconds. According to website Tech Crunch, the internet traffic on Amazon’s home page was so heavy that it temporarily shut down by itself.

Nevertheless, many are speculating and hoping that more stocks from retailers such as BestBuy, Target, Walmart, Amazon and GameStop will be made available as Black Friday approaches.