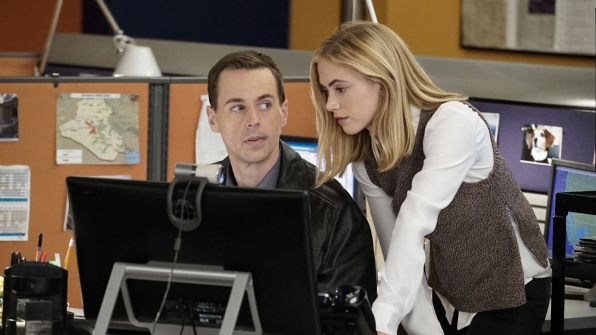 Speculations have it that newcomer Wilmer Valderrama’s character may potentially become a suspect in the first case that “NCIS” will tackle for its highly anticipated season 14.

According to the synopsis of the premiere episode revealed by the network, Valderrama will portray the role of Special Agent Nicholas “Nick” Torres who disappeared six months ago while on a deep undercover assignment in Argentina. The team will investigate a deadly car explosion in Washington, D.C. that seemingly connects to him.

Some reports have claimed that since no one in the squad knew what happened to Torres after his sudden absence, it is believed that he could be considered as a possible culprit for the said incident. However, it remains to be seen if it comes to fruition.

In a previous interview with E! Online, Valderrama teased his upcoming appearance may come unexpectedly for the members of the team as the narrative also tackles a love triangle and a pregnancy. “Season 14 is hashtag complicated and also hashtag unpredictable,” the actor revealed.

When it comes to his experience of working on the show, “It’s not really scary. I feel like it’s refreshing to be in a show that consistently knows what the audience wants and consistently finds a room in people’s homes.”

Aside from Valderrama and Esposito, British actor Duane Henry who portrays as MI6 Officer Clayton Reeves will also have a beefed up role as he becomes a series regular. It can be recalled that the star made his debut in season 13’s finale when he helped resolve the death of Ziva David (Cote de Pablo).

Married at First Sight Season 3 will find out how married...