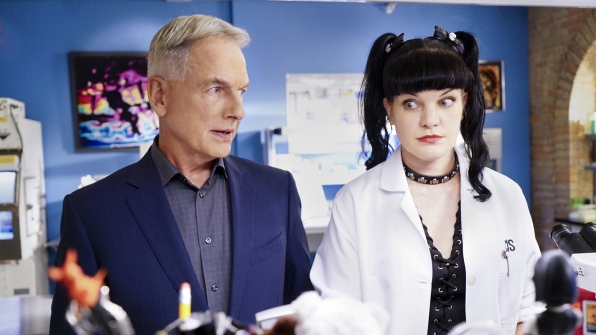 Things are slowly settling down in the Washington Navy Yard as both veteran members and newbies are trying to meld with each other. This effectively has the team focus their efforts on a forthcoming case in the brand-new episode of “NCIS” season 14.

Gibbs (Mark Harmon) and his team are set to investigate the mysterious death of a marine sergeant who tragically fell from a building. However, what initially appeared to be a suicide from the outside was shattered by the findings of her doctor, Grace Confalone (Laura San Giacomo), with her saying that she is treating it as a murder investigation.

To complicate things further, Confalone’s actions of spilling information to Gibbs may result in her breaking the patient confidentiality rule which could effectively put her career in jeopardy. The episode which is titled “Privileged Information” will also see Torres (Wilmer Valderrama) house hunting as he puts down roots in D.C.

Meanwhile, just as “NCIS” was starting to get back its groove and feature weekly cases once more, an unfortunate incident in the death of showrunner Gary Glasberg rocked the police procedural. Earlier this week, the writer and producer died in his sleep in his Los Angeles home at the age of 50.

“Gary was our rock, our cheerleader, our team captain. He inspired us with his leadership, his creative instincts and keen insight,” the “NCIS” cast said in a statement which was sent to Variety. “‘NCIS’ will not be the same without him, and each of us will miss his smiling face and unwavering humor, which lifted us every day.”

Glasberg joined the police procedural in 2009 after successful stints in other productions. And then just last year, he crafted the show’s spin-off, “NCIS: New Orleans.”

CBS Entertainment president Glenn Geller also shared his sentiments and sent his condolences to those that Glasberg has left.

“Today is an overwhelmingly sad day for ‘NCIS,’ CBS and anyone who was blessed to spend time with Gary Glasberg,” the executive said. “We have lost a cherished friend, gifted creative voice, respected leader and, most memorably, someone whose warmth and kindness was felt by all around him. Our heartfelt thoughts and sympathies go out to his wife, Mimi, his two sons and all his family and friends.”

'Attack on Titan' chapter 83 spoilers: Is Armin still alive despite...