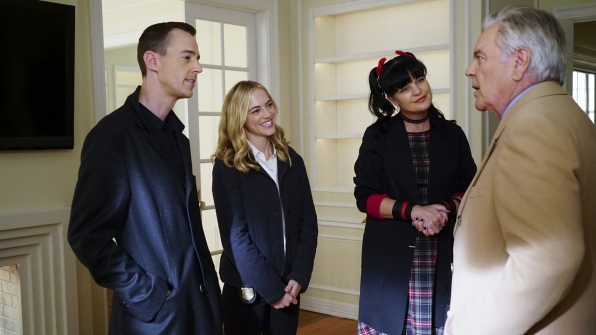 Very Special Agent Tony DiNozzo Jr. (Michael Weatherly) may have retired early from the service last season and the team may have had no time to dwell on his absence at the start of the year but the snazzy officer will be playing a huge role in the upcoming episode of “NCIS,” despite Weatherly being not physically present in the Washington Navy Yard complex.

While it has yet to be revealed who the new tenant of the unit is, it is safe to assume that the trio has someone in mind given that they are the ones pushing for the plan. Senior also has some good news for the group and viewers are curious as to what it might be. Judging by the promo clip, the older DiNozzo is thrilled with the “big news” that he is about to share.

Meanwhile, the weekly case at hand is a tad more sensitive given that it sheds light on immigration. It is no secret that this particular topic has been huge lately not to mention highly divisive as well. As it turns out, a witness from the division is wanted by the U.S. Immigration and Customs Enforcement. It seems like instead of being a supposed bystander in the mysterious case, he is being pinned down for the crime itself. Things get a little bit more complicated when it is revealed that the witness turned accused is part of service but has not applied for citizenship.

This hits home for “NCIS” newbie Nick Torres (Wilmer Valderrama) as he shares that the situation could easily be his personal struggle now. Spoilers suggest that Nick will be breaking protocol during the narrative and it can be expected that this particular decision will have something to do with him relating to the case.

'Pokemon Go' news: Niantic is banning cheaters; can a player get...