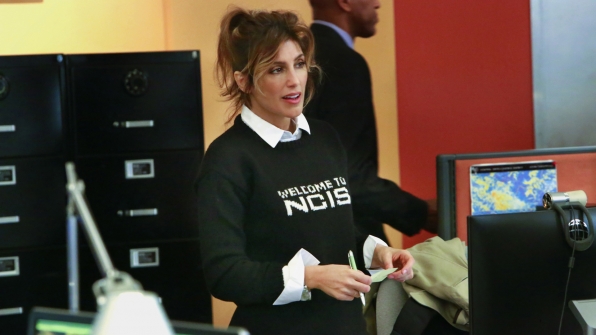 The special agents of the Naval Criminal Investigative Service will try to save and eventually protect their own in a brand-new episode of “NCIS” season 14.

Gibbs (Mark Harmon) and his band of uniquely capable detectives will be uncovering the mysteries of a kidnapping that may have something to do with newbie Quinn (Jennifer Esposito).

Tonight’s installment titled “Shell Game” will force the former field agent to have her guard up as the case at hand appears to be tied to her. This week’s mystery revolves around a petty officer who has been kidnapped by an assailant who is tipped to be getting orders from someone else. Given the predicament, the team starts warning Quinn that she might actually be in danger. Gifted with strong instincts, she continues to forge through with the investigation. Unfortunately, her nightmare does not seem to end as when the episode wraps up, it is speculated that there will be a bigger operation at play that may haunt Quinn.

Episode 6 of the season brings on the spook-fest a couple of days early for this year’s Halloween. The promo clip features equal parts of horror infused with “NCIS'” trademark elements. It is deemed to be a thrilling installment that will have viewers on the edge of their seats.

Thankfully, after a physically and emotionally draining case at hand, which could still potentially be unsolved by the end of the episode, Abby (Pauley Perrette) tries to gift everyone, especially the newbies Quinn and Nick (Wilmer Valderrama), with personally crafted gifts.

Moving forward in the season, a report from TV Line notes that Mary Stuart Masterson has nabbed a recurring role for season 14 as Jenna Fleming. The article describes the character as “a witty, savvy and seasoned congresswoman who doesn’t mince words and gets things done her way.” Director Leon Vance (Rocky Carroll) and Masterson’s character are tipped to work side by side during the duration of her stint in the police procedural as the team delves deeper into a supposed threat against the politician.

'One Piece' chapter 840 spoilers, plot: Will Sanji push through with...