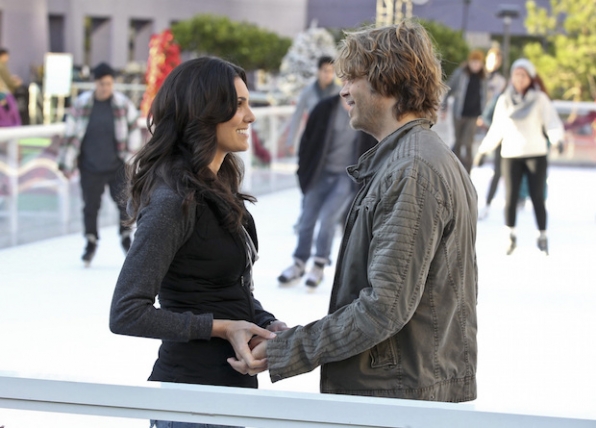 More information regarding Kurt Yaeger’s guest starring role in the upcoming season 8 of CBS’ “NCIS: Los Angeles” has arrived, hinting that the actor may be linked to Kensi’s (Daniela Ruah) new adventures.

Yaeger first took to Twitter to tease that he will appear in the series, “Ok. Cat’s out of the bag. My new show I’m acting in is @NCISLA Blessed by amazing crew and cast.” When asked by a fan if he will be a regular cast member or if he only has a short stint, “Can’t quite mention that but I think you’ll be seeing a bit of me. :). I hope you like,” the actor answered.

It can be recalled that Yaeger also starred in season 11 of “NCIS” where he portrayed the role of Freddie Linn. According to Enstarz, Yaeger will be joining the L.A. cast presumably at the beginning of the season. He is said to have booked a multi-episode arc playing the role of Sullivan.

When it comes to the specific details regarding his debut, the team will reportedly go overseas in episode 2 after they received a disturbing threat. Their trip abroad will also cover for Ruah’s real-life pregnancy as she embarks on her own journey for eight episodes.

The actress apparently filmed her story arc in early July. “My pregnancy has brought on reasons to hide the pregnancy, which has then inspired a very particular storyline this season at least in the first half of it, that’s all I know where something very drastic happens to the whole team,” Ruah previously teased.

“Kensi is affected by that a little bit more, and that poses obstacles and a big long trajectory for Kensi and Deeks [Eric Christian Olsen],” she added.

On a related note, show creator and former showrunner Shane Brennan recently decided to commit $1 million of his fortune per year for the development of Australian screenwriting talent. Daily Telegraph reported that he has partnered with writer Tim Pye in helping out aspiring storytellers. Their philanthropic gesture will have its fund launched later this month, both in Sydney and Melbourne.