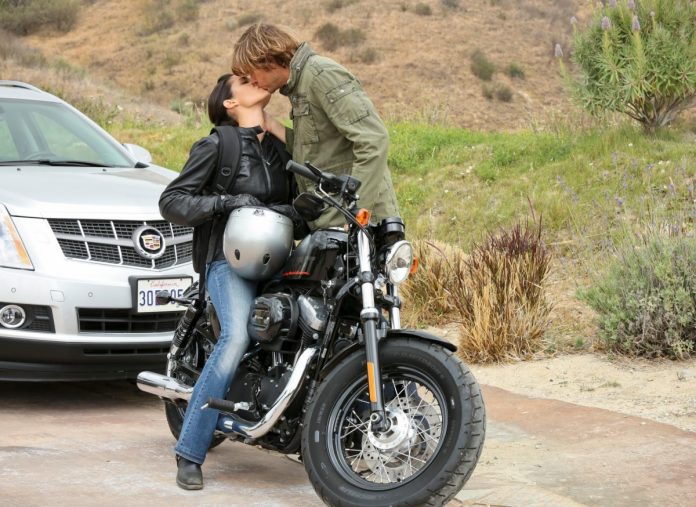 On-screen couple Deeks (Eric Christian Olsen) and Kensi (Daniela Ruah) are expected to embark on a new journey marriage when “NCIS: Los Angeles” premieres its eighth season, but in real life they are actually in-laws.

According to Entertainment Tonight, Ruah is married to Olsen’s older brother David who acts as his stunt double in the series, while Olsen is husband to actress Sarah Wright. Both women are expecting their second babies with their respective husbands.

Wright dished to the news outlet that Olsen seems to be carrying a lot of weight on his shoulders, “I think the person who has the most challenge from all of this is Eric, because he goes to work and he has to be with her and he comes home and he’s with me,” she humorously said.

Meanwhile, Ruah opened up about the support she has been receiving from the cast and crew since she announced her pregnancy, “It really is difficult to plan around something like this,” she recounted the moment she broke the news to the team.

“They all sort of smiled on their faces like, ‘We have this. Don’t worry about it’ … It’s a very family-oriented show and everybody has kids,” she continued.

On a related note, fans can now mark their calendars for the release date of the upcoming installment. Executive producer John Peter Kousakis took to Twitter to announce that the show is getting a new time slot they will make their Sunday evening debut on Oct. 2 at 8 p.m. ET.

He also teased that they will have a sensational season that, hopefully, will not disappoint the viewers.

Although season 7 did not end on a cliffhanger, it is expected that season 8 will continue the storylines of Hetty (Linda Hunt) and Granger (Miguel Ferrer) as they try to uncover the identity of the mysterious mole. More of Callen’s (Chris O’Donnell) past may also be revealed, and a “Densi” proposal may finally happen this coming fall.

'Scream' season 2 spoilers: school goes into lockdown with killer inside...

'13 Reasons Why' latest news: Author explains the style he used...