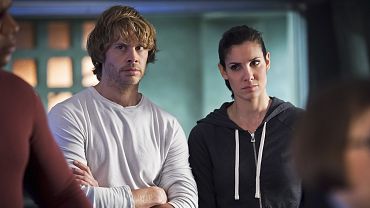 A lot of changes are making their way to season 8 of CBS’ hit procedural “NCIS: Los Angeles” with two of the regular agents Deeks (Eric Christian Olsen) and Kensi (Daniela Ruah) taking a big leap in their relationship.

Talking to TV Line, the cast members teased that the engagement between the two will not be a traditional one. Olsen even hinted that his on-screen love interest may have cried in response to the proposal once the cameras were turned off.

During the recently concluded San Diego Comic-Con, Ruah discussed how her real-life pregnancy was taken into account as the show underwent filming. Although she will be taking a seven-episode break to welcome her baby, the actress will still appear in every installment of the new season as production had a pre-season shooting.

However, it may not be all sunshine and rainbows for the operative as she will begin questioning her position in the field. The star revealed that it will be something that Kensi will talk about in one of the first episodes of the season and her situation may come with some challenges, “It’s a big character arc, and [there are] a lot of obstacles that she’s going to have to overcome and fight through,” she added.

Executive producer Scott Gemmill explained to TV Guide that it does not necessarily mean that Kensi will to hang up her badge and stay at home. “It’s tricky, because why would Kensi have to be the one to give up her career?” the showrunner stated.

On the other hand, he elaborated that they do not want to damage the character by making it seem like she is not a “nurturing individual.” She may continue to live the way she used to and save people’s lives but it remains to be seen if it gets affected by their upcoming marriage.