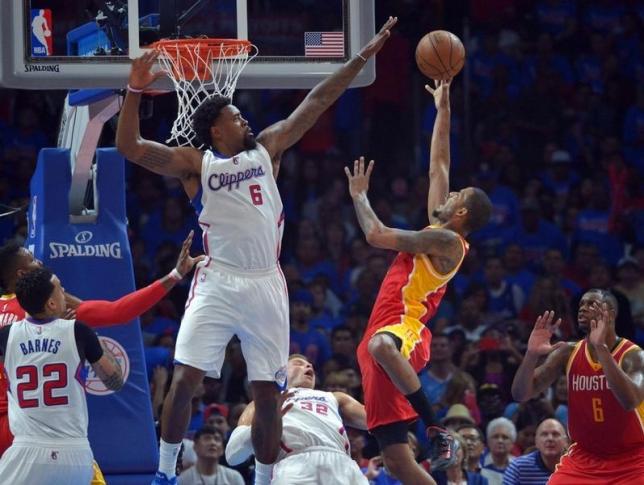 DeAndre Jordan seems like he may be staying with Los Angeles Clippers despite having made a previous verbal commitment with the Dallas Mavericks.

Yahoo! Sports Adrian Wojnarowski reports that some players and members of the management have visited Jordan at his Houston home to persuade him to forgo his four-year, $80 million-plus deal with Mavericks.

The report mentioned that Clippers coach and president Doc Rivers, owner Steve Ballmer together with Blake Griffin, Chris Paul, Paul Pierce and J.J. Redick may have went to Jordan as part of the recruitment team to get him to agree to a five-year contract worth more than $110 million.

Jordan reportedly said yes to the Mavericks on July 3 but he voiced his uncertainty to Rivers in the past few days, prompting the president to convince him to re-sign with Clippers.

The recruiting party is said to have visited his home to make sure that he formally signs the contract on July 9, given that he has already changed his mind during the process, ESPN reports.

Mark Cuban, owner of Mavericks, also travelled to Houston but it is still unclear if he has had the chance to talk to the player. Lead recruiter Chandler Parsons together with Jordan’s primary agents from Relativity Sports, Dan Fegan and Jarrin Akana, also arrived in Houston Wednesday night.

Sources close to Jordan said the player may have been dissatisfied with Fegan as he reportedly believes that the agent has manipulated the situation to keep him with the Mavericks.

ESPN’s Michael Earves said Fegan may have demanded that Rivers trade star player Chris Paul but the Clippers have not considered the move, which only added to the speculation that Fegan may be pushing Jordan to Mavericks.

The report added that Jordan has not responded to any phone calls or text messages from Mavericks which according to sources, may have given the signal for Cuban to notify people that he will stay with Clippers.