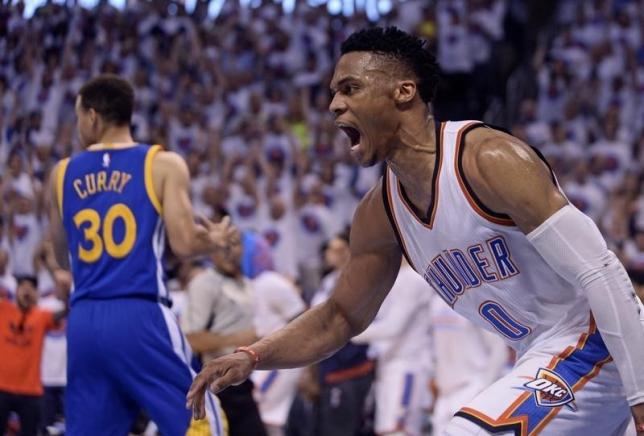 When former Oklahoma City Thunder All-Star forward Kevin Durant bolted the team to join the Golden State Warriors earlier this offseason, everyone thought that his longtime buddy, point guard Russell Westbrook will do the same after the end of the new season. However, the National Basketball Association (NBA) athlete caught everyone by surprise when he instead agreed to re-sign with the Thunder for a new three-year deal reportedly worth $85 million.

The Vertical first reported about the deal, while adding that the contract also includes an option to leave after the second year as well as maximum contract renegotiation. The only thing that’s keeping this one a done deal is that Westbrook still in the process of flying back to Oklahoma City to sign and make it official.

Westbrook’s decision is a man’s decision something that only a handful of pundits believed he would do. For the casual basketball and Thunder fan, it’s one of those decisions that don’t really make the most sense considering that he could have opted to play the year out and sign somewhere else more lucrative.

However, the departure of Durant became Westbrook’s biggest opportunity to make the Thunder officially his team. The expected consummation of the new contract means he no longer will be pursuing next year’s free agency and will instead be with the team longer. Hence, head coach Billy Donovan and general manager Sam Presti can now sleep a whole lot better with the assurance that they don’t have to look for some other star to rebuild the team. Westbrook is staying and so are the players who in one way or another became key contributors in last year’s playoffs, including Steven Adams and Enes Kanter.

Right now, fans of the Thunder have something to look forward to as Westbrook looks to dominate once again, but this time with a new backcourt partner in recently acquired Victor Oladipo from the Orlando Magic.