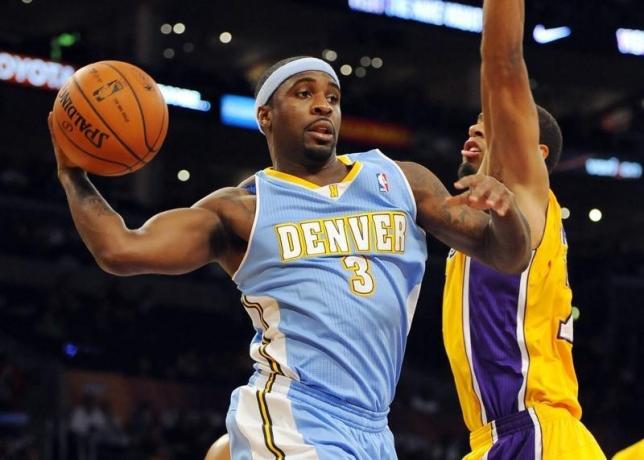 Ty Lawson’s tumultuous stint in Houston is finally over after the point guard reached a buyout settlement with the Rockets on Tuesday. Once the buyout gets approval from the league, Lawson will become eligible to sign with another team and be able to play in time for the playoffs.

The former Denver Nuggets starting point guard averaged a little over 15 points a game from 2011 up to his last season in 2014-15. But after getting traded to Houston, he couldn’t produce the same consistent number for the Rockets. He also had several off-court issues during his stint with the Nuggets, which was probably why he was traded. After being acquired by the Rockets last summer, he was given the responsibility to organize the offense for the team and distribute the ball. The team wanted superstar James Harden to focus on scoring and thought that Lawson would be the ideal point guard to throw lob passes underneath for Dwight Howard.

But the experiment went south, with Lawson playing awfully the entire year. The team wanted to trade him before the Feb.18 deadline but couldn’t find interested partners. There was some serious discussion with the Utah Jazz but it fell through as well.

But according to ESPN, there was also the possibility that Lawson will end up playing for the New York Knicks this season, but just like the Rockets, the team isn’t expected to reach the playoffs this season. With Jimmer Fredette’s 10-day contract not expected to be renewed and the fact that the Knicks have been looking for a point guard the entire season, Lawson might be the best remaining talent for them to acquire.

While his past off-court issues are long gone, teams are still hesitant to acquire Lawson because of his mediocre performance in Houston. But based on the success he enjoyed back in his time with Denver, he showed he can still be a productive point guard in the league if given another opportunity.

New reports say though that Lawson is now part of the Indiana Pacers after reaching an agreement with them. The news emerged a few hours ago.

'The 100' season 3 spoilers: lots of conflict as Clarke confronts...