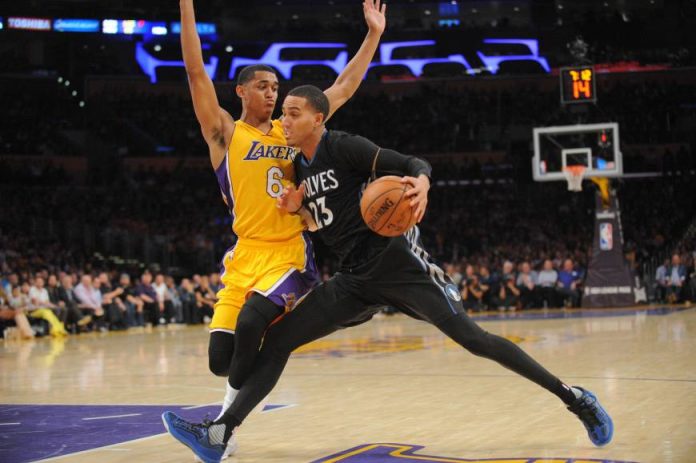 Veteran guard and NBA journeyman Kevin Martin is once again looking for another team after several sources confirm that he and the Minnesota Timberwolves have been in serious talks about a contract buyout. They both have until Tuesday midnight to come up with a settlement so that Martin can have enough time to find a new team that will allow him to play for them in the playoffs.

The buyout market has become surprisingly interesting these past few days after some failed trade negotiations at the Feb.18 deadline. There are several names who can provide that much needed scoring punch should any playoff contender need one. Aside from Martin, Joe Johnson and Andre Miller are also available after agreeing to be bought out by their respective teams. Miller is Martin’s former teammate in Minnesota.

The 33-year-old Martin joined the Wolves in the hope of providing quality minutes and veteran leadership to a bunch of young guys on the team. However, he rarely had the chance to play this season since the coaching staff decided to give the youngsters more time and opportunities to produce wins.

Martin’s current contract has a player option that amounts to $7.4 million by next season. The problem though is that not a lot of teams right now may be interested in getting his services for the kind of money he’s owed. However, he has the right offensive tools to probably lure at least one or two contenders who have a roster spot available.

He’s one of the most efficient players in the league with the ability to get to the free throw line. With a career scoring average of 17.6 points in 30.5 minutes per ball game, Martin definitely can score if given enough playing time. His defense though remains an issue especially since his position forces him to have a matchup with the opposing team’s shooting guard or the small forward.

The 12-year veteran at this point will need to come up with an agreement with the Wolves fast so that he’ll have enough time to convince teams to get him onboard come playoff time.