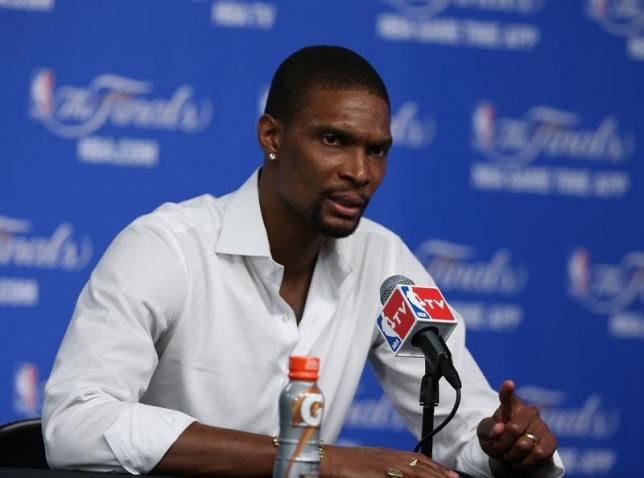 The Miami Heat’s upcoming National Basketball Association (NBA) season is full of uncertainties right now as the team faces a new era without its longtime star, Dwayne Wade. And while the talk has always been about Wade and his decision to join the Chicago Bulls this offseason, there’s one star that deserves attention heading into the new season.

Power forward Chris Bosh and the Heat are still clearly at odds when it comes to how they should approach the player’s blood clots issue, but according to Hoops Habit, the 32-year-old athlete is under the impression that he still has what it takes to play again. Bosh was diagnosed with blood clots in his lungs during last season’s All-Star break and it was his second year facing the same problem.

The big question coming to the new season is if Pat Riley and the Heat will allow him to play. There’s no question in the former All-Star’s commitment because if he had it his way, there’s no question he will grace the hard court once again. In fact, the Miami Herald quoted an insider saying that Bosh is desperate to play and is under the belief that his team must clear him.

But the problem is that Riley does not concur with Bosh’s desire. In a press conference held recently, the Heat president said that the entire situation concerning Bosh has not been resolved and is unclear for the moment. He added that there will be a more certain answer about his future by August or September, barely a couple of months before the start of the regular season.

There also might be some money issues involved in this debacle as NBA rules provide that if he isn’t medically cleared to play by February next year, the team can waive him for medical reasons. If that happens, Miami will be looking at a huge cap space for the 20172018 season, considering that Bosh is slated to earn $25.2 million.

It isn’t clear at this point if Miami just wants to get rid of Bosh to start rebuilding the team or if the front office is truly concerned about his welfare. The only thing certain for now is that Bosh’s future with the team is no longer guaranteed.

'The Last of Us 2' release news: Ellie's voice actress talks...