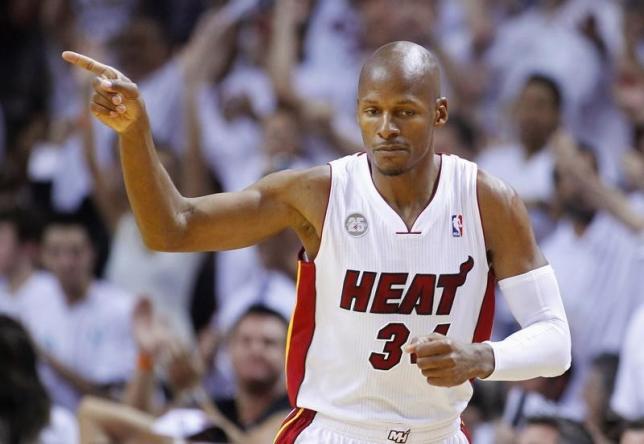 This year’s offseason time in the National Basketball Association (NBA) has been somewhat a unique thing with several retired or semi-retired players expressing their desires to make a comeback. But while not everyone really deserves even a 10-day contract, some are just too good that a return to the world’s greatest basketball league is imminent. Such is the case for shooting guard Ray Allen.

In an interview with Hartford Courant earlier this week, Allen revealed that he is seriously considering a comeback and that he could very well heading to a couple of teams where he found the most success as a professional the Milwaukee Bucks or the Boston Celtics.

The 41-year-old athlete kept himself out of the NBA for more than two years, but many people are aware and quite sure that he still can provide a positive impact for any team right now, thanks to his ability to knock down three pointers, especially in clutch situations.

There’s been talk of him joining the Cleveland Cavaliers to play with LeBron James and to hopefully win another championship, but as it turns out, he’s more interested in playing for the Bucks or the Celtics. “I would love going back to those places if it worked out because both teams are good, too. It doesn’t necessarily have to be a championship-or-bust for me to go back to the NBA,” the 10-time NBA All-Star said.

Joining Boston makes perfect sense because he played there and considered it a home during the team’s heydays with Rajon Rondo, Paul Pierce, and Kevin Garnett. Milwaukee, on the other hand, is some sort of a sentimental choice because he started making a name for himself earlier in his career during his time with the Bucks.

Allen’s value to any team is obviously higher compared to other veterans and journeymen who want to seize a new opportunity in a league that’s becoming more and more of a young and athletic player’s niche. But because Allen can shoot the lights out any given night, he sure will have several suitors along the way.